The Raspberry Pi launched in February 2012 for $35, and it went on to become an incredible success. An entire ecosystem of Raspberry Pi-based products has sprung up around it, and now, there’s another to add to the list. Matrix Labs, a company that raised over $130,000 on Indiegogo, announced Friday that it’s begun shipping Matrix Voice, a Raspberry Pi-based standalone development board that allows developers to create voice-control apps quickly and easily. 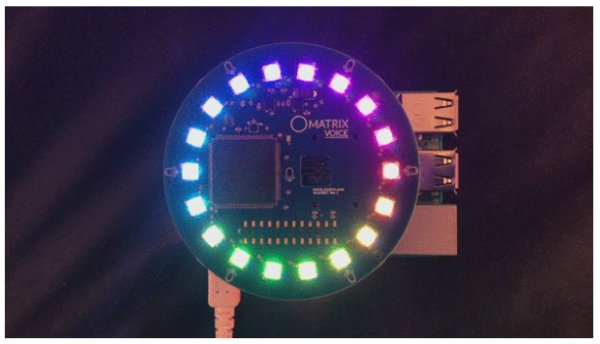 Don’t have a Raspberry Pi? No problem. There’s a standalone variant of Matrix Voice, Matrix Voice WiFi/BT/MC, that has a 2.4GHz Wi-Fi and Bluetooth-enabled 32-bit microcontroller.

The goal is to provide developers a platform with a platform for custom voice recognition and hardware-accelerated machine learning (ML) algorithms, Matrix Labs co-founder and CEO Rodolfo Saccoman said. “Matrix Voice is our latest addition to Matrix Labs toolbox and, like our Matrix Creator dev board, Matrix OS, and Matrix App Store,” he said in a press release. “[I]t’s accelerating the creation of next-generation voice-control apps faster and more cost-effectively than ever before.

Matrix Voice is part of Matrix ecosystem, which includes Matrix Creator, a Raspberry Pi-based developer board; the Matrix App Store, an IoT app marketplace; and Matrix OS, a platform for Matrix Creator apps.

“The Matrix Voice crowdfunding campaign proved an incredible demand for sophisticated, yet easy-to-install and affordable voice control functionality,” Mr. Saccoman said. “[T]he market wants to incorporate voice into their IoT projects, and now they can do so with MATRIX Voice.”

Matrix Voice and standalone Matrix Voice are available from Matrix’s website for $55 and $65, respectively, and will come to Newark element14 later this year. It’s manufactured by Premier Farnell, which made the company’s first product, the Matrix Creator, and also manufacturers Raspberry Pi boards.

Story It all starts with installing Windows 10 IoT on a suitable device. I used a Raspberry Pi 2 (Model...