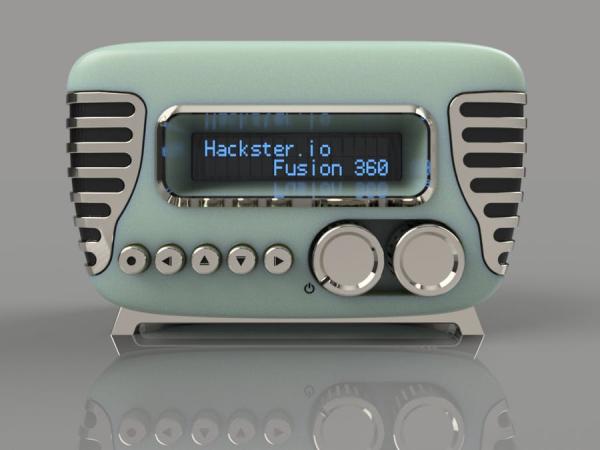 This project was based on the Raspberry-Pi / Arduino Internet Radio from Anthony Kelly.

I had no previous experience in 3D design, but it was a chance to work some new skills. I also don’t have access to a 3D printer yet. So this will be a real challenge.

My main goal is to develop an enclosure to be printed.

The purpose is to mix new technology with a vintage look and feel. But  I also want to make the enclosure the smallest possible and without unnecessary cutouts. The only cutouts available are the power chord and the audio out (but it can be eliminated with a Bluetooth USB setup).

It took me endless nights to figure out how to use the software to model the ideas I had, but it made me really excited with the end result. I really want to build one for myself. Hope you all like this project.

This enclosure was intended to have the minimal amount of wires and cutouts going outside so some upgrades were suggested:

The LCD buttons were placed in a horizontal line to maintain the vintage look’n feel. To accomplish this some mechanical arrangement was needed.

The rotary controls in the front are optional, you can avoid them and just glue the round knobs in place to compose the visual. They were modeled from the datasheets, so if you want to replace them with other similar parts, be careful to check if you will need to tweak the design.  Note: I searched Digikey for the cheapest components available with the desired functions, so buying them will not hurt any pocket. 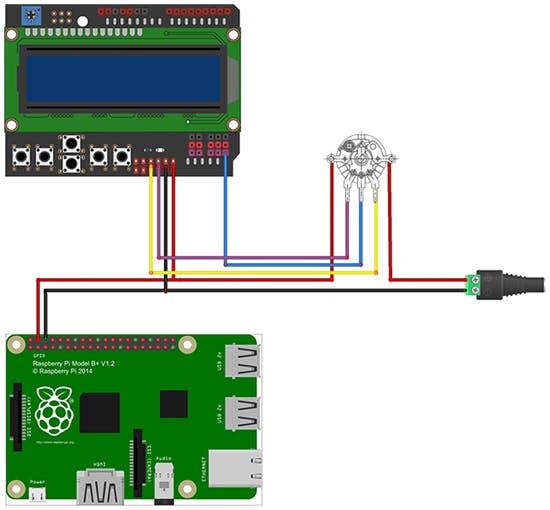 The pot is dual function: a switch to power the radio on and a volume control. The initial position is turned off, then when you start to turn it “clicks”, closing the circuit and powering the boards. As you keep turning, the analog value of the pot can be read to adjust the volume from 0% (0V) to 100% (5V).

The encoder works as a tuner. It spins freely in any direction to simulate old style radio tuners. The idea here is to cycle between the stored stations (forward or backward if you turn  clockwise or anti-clockwise, respectively). The component also have a switch action that can be used to select the desired station. As a bonus you can play a radio static/station search sound (example) while the new station is not selected.