Project MrRobot is an Ubuntu Mobile app enabled Robotics which has the feature of voice, touch and shake control to interact with the Rapiro robot. This project is done within 28 hrs in Ubuntu Shenzhen Hackathon by our team E-minors. All the code is onpensourced and the arduino based Rapiro robot is opensouced as well with their code and 3d construction which means you could 3d print the part and build one yourself!!!

Our instructable lead you through the whole process of :

the app has using 3 kinds of interactive methods. The first is touch screen which can allow user to directly touch the GUI to control the robot. Secondly, The API of accelerometer can detect serval movement like shake, that can also triggered some acts from Rapiro. On the bottom of the UI you can see a touch button which is the voice control button. Once you touch the button it will start to record the audio and you need to tap it when you finish the recording.

have a look of the detail news on our github channel. 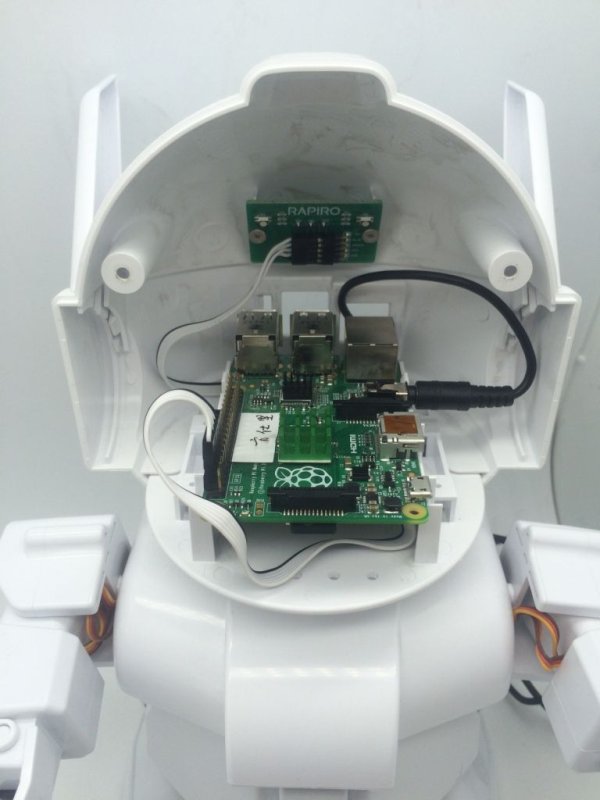 Step 3: Install a Web Server on your Pi

Using wifi dongle to get on local wireless network

Setting on boot startup adding a shell command at rc.loca