Last year Google announced “Brillo” an operating system for IoT devices with a communication protocol called “Weave”. Today, most of the technical websites are talking about the new operating system “Fuchsia” which is, according to Google brief description, a “Pink + Purple == Fuchsia (a new Operating System)”. 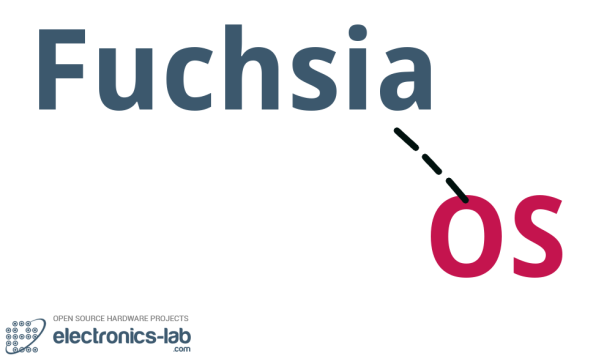 LinuxInsider website asked Google spokesperson Joshua Cruzthe about Fuchsia. His answer was: “it is a new open source project that is not at all related to Android or Chrome OS”.

Fuchsia is built on the Magenta kernel, which is based on Google’s LittleKernel project. Developers of Fuchsia described the differences between LittleKernel and Magenta in a ReadMe file.

“LK is a Kernel designed for small systems typically used in embedded applications. It is good alternative to commercial offerings like FreeRTOS or ThreadX. Such systems often have a very limited amount of ram, a fixed set of peripherals and a bounded set of tasks.  On the other hand, Magenta targets modern phones and modern personal computers with fast processors, non-trivial amounts of ram with arbitrary peripherals doing open ended computation.”. So Fuchsia is not using Linux kernel like Android.

One of Fuchsia developers, Brian Swetland who worked on Android, BeOS and Danger, stated in one of discussion thread on Y Combinator’s Hacker News, that Fuchia soon will support the Raspberry Pi 3.

You can see the current supported targets here which are Acer Switch Alpha 12, Intel NUC (Skylake and Broadwell) and Raspberry Pi3. You can read the document for booting Fuchsia on Raspberry Pi 3 from the SDCard.

Brian Swetland showed a shot of virtual console 0 with the tail end of the boot log on an Acer Switch Alpha 12. 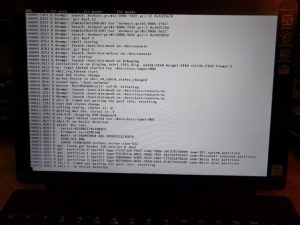 Is It For IoT And Embedded Systems Devices?

Sascha Wolter asked in Brillo and Weave Google group, “Should we stop with Brillo and get our hands in #Fuchsia?”, and the answer was: “Sorry for not providing any updates on the progress of Brillo and Weave for a while. Don’t worry though, we are still hard at work on both of them! We want to make sure everything is finalized before releasing an update, but you will be hearing from me soon with more detailed information”.

So I think until now Fuchia is not the Brillo killer while a lot of speculations are around the target market of this new OS from Google.
According to some folks the new OS has a Flutter-based UI and run Dart programming language (I can see Dart content handler in the Git repo), and that supports the point of view saying that “Fuchisa” is not another RTOS like Brillo, it’s maybe the next Android.

For more details: The New OS From Google “Fuchsia” – What is it ?