Over the last few years the open-source RISC-V microprocessor has moved from existing only on FPGAs into real silicon, and right now you can buy a RISC-V microcontroller with all the bells and whistles you would ever want. There’s an interesting chip from China called the Sipeed M1 that features a dual-core RISC-V core running at 600MHz, a bunch of I/Os, and because it’s 2019, a neural network processor. We’ve seen this chip before, but now Seeed Studios is selling it as a Raspberry Pi Hat. Is it an add-on board for a Pi, or is it its own standalone thing? Who knows. 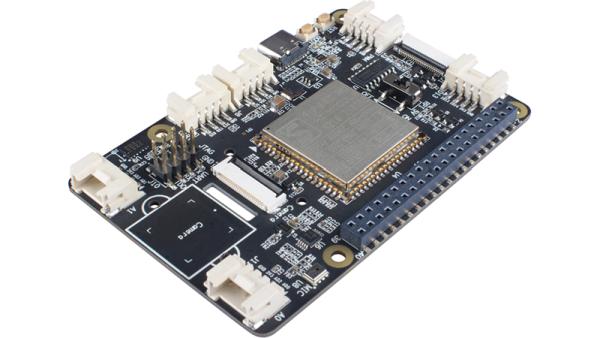 The Grove AI Hat for Edge Computing, as this board is called, is built around the Sipeed MAix M1 AI Module with a Kendryte K210 processor. This is a dual-core 64-bit RISC-V chip and it is obviously the star of the show here. In addition to this chip you’ve also got a few Grove headers for digital I/O, I2C, PWM, and a UART. There’s a a USB Type C for power (finally we’re getting away from USB micro power plugs), and of course a 40-pin Raspberry Pi-style header.

This board is essentially a breakout board for the Sipeed M1 chip, which is one of the most interesting new microcontrollers we’ve seen since it launched late last year. There’s a lot of power here, and already people are emulating the Nintendo Entertainment System on this chip with great success. The problem with this chip is that apart from making your own breakout board, there aren’t many options to get it up and running quickly. This is the solution to that; at the very least it’s a Sipeed chip on a board with a power supply, and it’s also a co-processor that can be accessed with Linux and a Raspberry Pi.