The Raspberry Pi Foundation made two significant announcements last week. First, the availability of the Raspberry Pi 3 Model A+, which has been eagerly awaited; then, the next day, a new release of the Raspbian Linux operating system. That means I have a lot to talk about today, so let’s get busy! 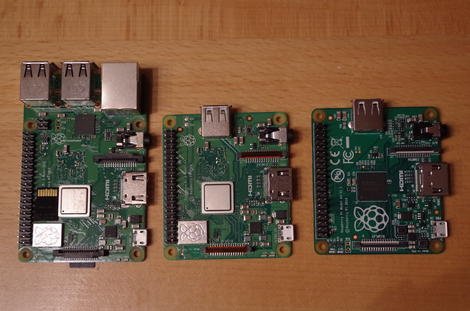 First, the new Pi 3 Model A+. This is a scaled-down and lower cost version of the Pi 3 Model B+. In the most important functional areas it is identical to the Pi3 B+: it has a 1.4GHz 64-bit quad-core ARM Cortex-A53 CPU, and dual-band 802.11ac wireless LAN and Bluetooth 4.2/BLE. That means the performance is very similar to the Model B+. 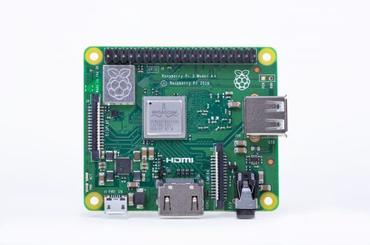 Raspberry Pi 3 Model A Plus

Where it is scaled down is:

The size of the Pi 3 A+ board and the location of all of the external connections is identical to the original Pi A+ board, so existing A+ cases or mounting arrangements should still work.

There is as yet no “official” case for it, but the product announcement says that one is in the pipeline, and should be available before Christmas. It looks like it will be very similar to the existing B+ and Zero cases.

There is one significant difference, however. The power and disk activity LEDs have been moved to the opposite edge of the board (from the bottom left to the bottom right in the picture above). This is a small thing, but it could be significant (or at least irritating) in some situations or with some cases. For example, if the new case is made in the same way as the B+ case, this will mean that while the original Model A+ board will fit into it, the LEDs will not be visible.

Oh, one other small change, the 3A+ has a press-and-pray (friction) microSD card slot, like the 3B and 3B+, rather than the spring-loaded click-lock slot that the original A+ has.

Also, having the on-board WiFi and Bluetooth adapter means that you can set up network connectivity, keyboard and mouse without using the USB port.

The bottom line is that the Pi 3 Model A+ looks really good to me, and it fills a gap which had been steadily growing as the Pi 2 and Pi 3 came along with only a Model B. Good stuff.

Moving on to the Raspbian update. The big news here is that a new Raspbian image has been added to the mix, a “minimal desktop” variant, specifically to reduce the size of the download. So now there are three distribution options:

The differences in the new version can be seen in the PIXEL desktop menus:

In fact, the software which has been removed corresponds nicely with the (relatively) new Recommended Software utility.

Each of the packages is listed with a short description, and a check-box so that you can install or remove them as you see fit. If you want even more information on a specific package, just highlight it in the list and click More Info at the bottom of the window.

This utility is included in both the minimal and full versions, so you can use either one as your starting point, and then easily add or remove packages to suit your needs and taste.

This kind of split has been coming for some time, as the Raspbian image size got larger and larger — it has roughly doubled in size since the initial release 5 years or so ago. I suspect that it was pushed over the edge by the recent discussion (and controversy) about including Mathematica in the base distribution.

I downloaded both PIXEL editions, then copied the minimal edition to a microSD card which I put into an original Pi Model A+, and I copied the full edition to another microSD card that I put into the new Pi 3 Model A+. Both ran just fine, and they were the sources for the two desktop images above. I wish that I had an original Pi Model A around here, because I would have downloaded the Lite image (text/CLI only) and put that on the Model A, so that I would have a matched set. There’s something about the symmetry of that which appeals to me.

Ah, but that’s not all! The other big news about the new Raspbian release is that it includes a custom hardware-accelerated version of the VLC Media Player. VLC is a very well known and widely used media player, and has long been my favorite on most other Linux distributions. The version that is now included in Raspbian uses the VideoCore engine to accelerate playback of H.264 video; in addition, if you have purchased the MPEG and VC-1 codec licenses it will use the VideoCore engine for those as well.

So, that sum’s up the Raspberry Pi Foundation’s big week of announcements. The new hardware is quite nice, and although it is not a huge step forward, it will be very much appreciated in the specific areas where the Model A and A+ have already found quite a bit of popularity. Likewise the new Raspbian images will be appreciated by those who missed Mathematica when it disappeared from the previous release, and those who have slower Internet connections and were spending inordinate amounts of time downloading the full Raspbian PIXEL images. Very nice.

Quality is as important to us as it is to you. At Seeed Fusion, our manufacturing expertise can help you...