Why did I build a power bank?

Why would anyone even try to build a power bank – i.e. an external battery for charging mobile devices – these days? These things are commodity, it’s impossible to compete. Right? Well, that is until you find out that the type of power bank for your application, namely charging a higher-end tablet with 12V input, does not exist cheaply. Looking around for 12V power banks yields a lot of li-ion car jumpstarters (*) and very few actual power banks. Those that exist are pretty expensive and often don’t even perform that well. Let’s run down the list: 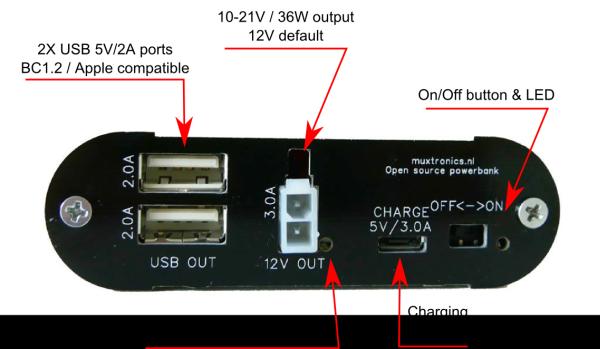 (*) Car jumpstarters will not work, because they have a 3S pack of li-ion cells directly connected to the output, meaning the output actually varies from about 10-12.6V. My tablet (Cube i7 Stylus) and the Microsoft Surface series only accept 12V +/- 5%

Prices exclude shipping. I tried my best to include an example of every ‘category’ of available power bank in this list, but there are obviously hundreds. They fall into four general categories:

So, how do we fix this? Well, build your own.