A new Raspberry Pi Zero W retro handheld games console has recently been created by Hackster.io member Arnov Sharma in the form of the aptly named PALPi V5. The Raspberry Pi based games console runs the Recalbox OS operating system and features a PAL Display. Features of the handheld console include : 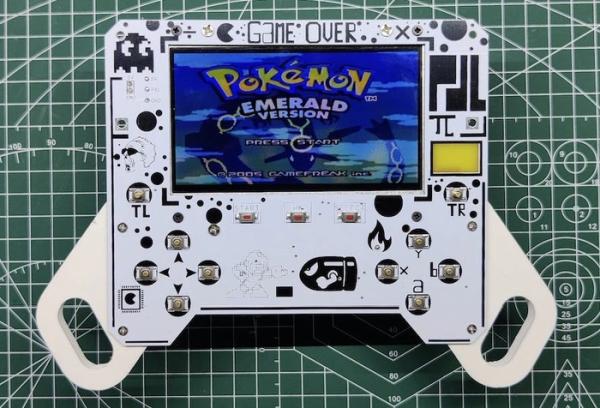 “The brain of this project is the RECALBOX OS, an Opensource Game Console OS based on Retro Arch. Raspberry Pi Zero W is being used here with a custom PCB that has SMD Buttons on the front side and a battery on the back. This is currently the Fifth Iteration of the PALPi Game Console System. This Version is a special one, instead of 3D Printing the whole body, PCBs have been used for the overall construction. I used fusion360 to make this design, there are a total of four parts that we need to 3D Print which are the Controller Grip which consists of left and right pairs, the second part is the screen holder we need to print 2 units.”

“Its previous version was great but it had a battery issue, there wasn’t much space inside the 3D Printed body and by increasing the thickness we could accommodate more cells but it would also increase its size. This version is also thick as it consists of two boards stacked together, we can add cells and everything later in a single board, this needs further refinement in this case but for now, it’s working and the SMD Buttons feel a lot better than previously used tactile buttons.”

The Raspberry Pi is a low cost, credit-card sized computer that plugs into a computer monitor or TV, and uses...