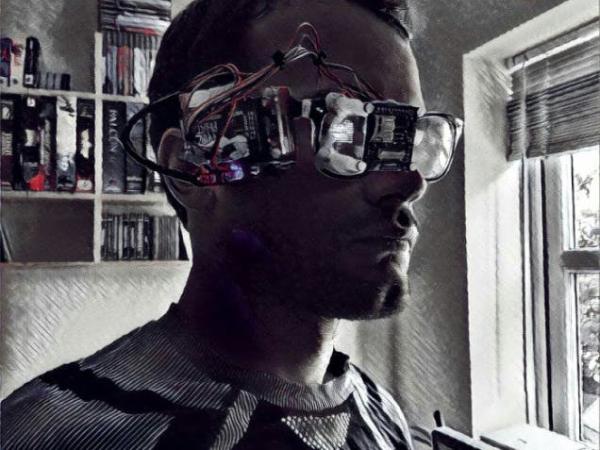 In the interests of producing more wearable tech, I thought; what would be cooler than a Raspberry Pi attached to a pair of glasses that can show sensor data to the wearers eye?

I will of course require this fancy lot:

I hooked the board up to my Black HAT Hack3r and checked out this handy tutorial to get reading some data from it. Thank you Pimoroni.

Once it was reading out some data I decided to hook up the OLED screen on top, using jumper wires on the extended header. 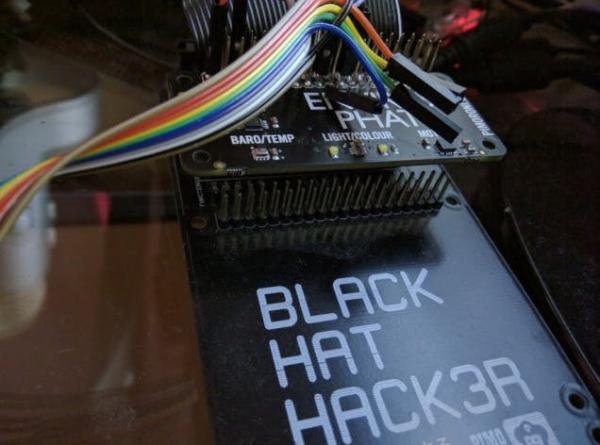 As usual the simple thought turns into a few hours of trying to figure out how everything is even wired. Thanks to this random person for figuring out the correct wiring for a Raspberry Pi, if you ever see this.

Here’s the OLED wiring from the above:

You can get a good look at the Pin layout of a Pi here.

The pins on the OLED should be shown on the PCB of the board itself.

Once wired up it was OLED code time.

First I hit up a tutorial here. < This one is the most important as it guides you through the installation of the necessary software.

Then looked at some code from here. And also this handy stuff here.

I’d suggest the tutorial first followed by looking at the second links examples, these will get you setup writing stuff to the screen successfully. The third link has some further cool stuff for drawing shapes to the screen.

On my first attempts with the above I had some issues getting the screen to work, when trying to run text examples I ended up with a garbled screen – a bad feeling when you think you’ve busted a new piece of hardware in the first five minutes.

However I eventually discovered how to display a picture of a cat. With further trial and error I was able to display text – I combined this with the code for reading the Enviro pHat data and BEHOLD:

At this point I was excited – I moved onto making the text tidier and added some spacers to get the correct distance from the glasses + the lens:

The Design Idea circuit shown below is a simple implementation of an iterated unimodal map, reminiscent of the logistic or...