The simplest way to generate a frequency is to apply a voltage to a crystal, the piezo-electric effect will take over and the crystal with resonant at a particular frequency. However, as this was going to be a multiband, multimode transceiver; crystals could not really be used. The range over which a well designed crystal oscillator circuit can be pulled, whilst maintaining stability, is roughly ±200ppm (parts per million). This equates to ±2kHz for a 10MHz crystal. 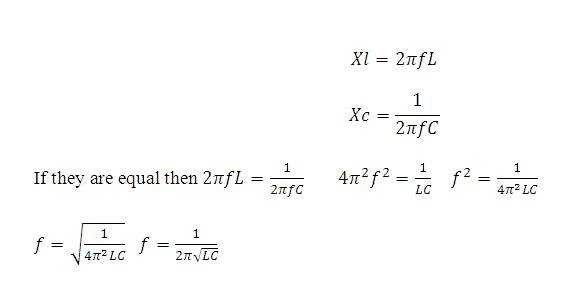 From the circuit diagram above, a quartz crystal be thought of as an LC tuned circuit where the resonant frequency is 1/2Π√(LmCm). By adding a small amount of capacitance in parallel with the crystal, the resonant frequency can be ‘pulled’ over a small range allowing slight variation in the frequency of the oscillator but I tend to only use this for calibrating crystals when compared against a known standard.

Needless to say, whilst crystal oscillators are excellent in terms of short term stability and spectral purity, they are not suited to this project simply because the number required for full 160-6m coverage would be ridiculous. However, I did use them later on to generate a fixed frequency (used as a 9MHz IF) as for generating a single, fixed frequency; they are still by far the best option. (short of atomic standards but I didn’t happen to have any of those lying around in the junk box)

Another method which allows much wider tuning ranges is to replace the crystal with an LC tuned circuit where either the inductance, capacitance or both can be adjusted.

If they are equal then

This means the resonant frequency can be adjusted by altering L and/or C either by using variable inductors/capacitors connected to the main tuning knob or by using a varicap diode (a diode whose capacitance can be controlled by the reverse bias applied to it) controlled by a potentiometer. Many examples of these circuits exist such as the Colpitts oscillator and the Hartley oscillator and these designs have been covered many times. The problem with this method is then frequency readout is determined by directly measuring the local oscillator frequency which means that a sufficiently accurate frequency meter has to be built and fit inside the transceiver case. In the case of a microcontroller circuit, these are only as accurate as the clock crystal used and I have found them to be unreliable at the best of times.

The third method which can be used for frequency generation is Direct Digital Synthesis. This is a field dominated by Analog Devices and has now become incredibly cheap with complete units available for less than £2 on Amazon. Of course, for a higher end unit you can end up paying a lot more.

The simplest way to think of DDS is as a fixed frequency divider followed by a variable multiplier. A master high frequency clock signal is fed into the DDS chip, it is divided by a fixed value (in the case of the AD9850 it is divided by 232)  This is then multiplied by a 32 bit tuning word to give the output frequency. So for an AD9850,  where RefClk is the frequency of the reference clock, TuningWord is the numerical value of the 32 bit tuning word and Fout is the output frequency. This can be rearranged to give  Tuning word =  (Fout x 2^32/REFCLK). allowing the DDS chip to be programmed using very simple software. It also produces accurate outputs as, with a RefClk of 125MHz, the theoretical resolution is (125×10^6/2^32)=0.0291Hz Some people have even constructed DDS oscillators without any microcontroller at all, using switches to input the tuning word. However, the advantage of the DDS in software is massively outweighed by the complexity of the hardware. First of all, the reference clock needs to provide as clean an output signal as possible. For good quality transmissions, this just about means you need a OCXO (Oven Controlled Crystal Oscillator) with good spectral purity.

What to do with the small cardboard box full of Raspberry Pi related junk, besides watch it sit slowly collecting...