***Github Repo For This Project*** 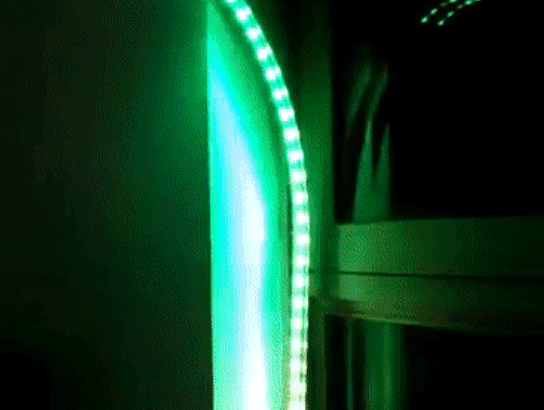 I built this project a few months ago but never got around to documenting it until now. The idea for this project is to have an RGB light strip that can be turned on and off and have the colours changed from a phone app. It’s a simple idea with a relatively simple solution. While it is not fully supported, I think it is possible to get a Neopixel light strip working with a Raspberry Pi. But for this I used an Arduino Nano to operate the light strip and a Raspberry Pi to serve the website.

Setting up the Hardware

I installed standard Raspbian on the RPi and set it to boot to the command line in the raspi-config menu. The “arduino_lights” folder in the Github repo contains the file that is to be placed on the Arduino. Use the Arduino IDE to load the file onto the board. The wiring is as in the Fritzing diagram. I will include photos of my setup but it is a real mess due to a lack of female to female jumper cables and my poor soldering skills! 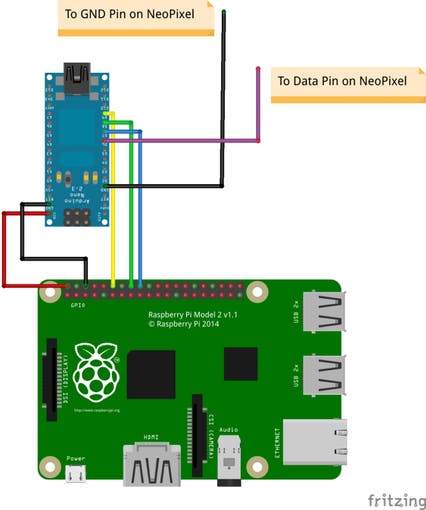 Not Included is the DC Barrel Jack that splits the power supply into Positive and Negative lines that can be connected to the NeoPixel. 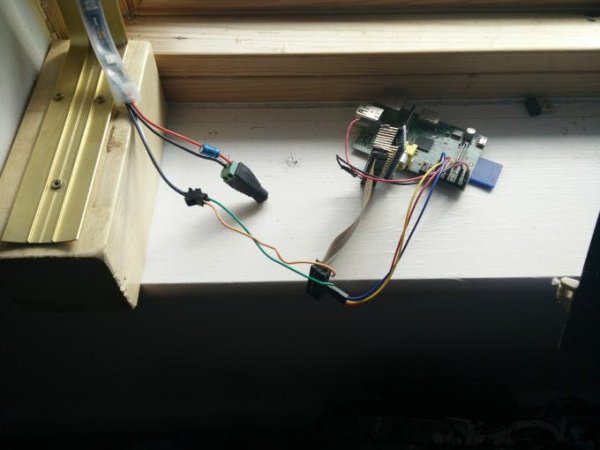 (Because I didn’t have any female to female jumper cables, my setup was needlessly complex. Just follow the fritzing diagram above and you should be fine ? )

***Github Repo For This Project***

Like in previous projects I used Python and the Flask framework to create the server to host the controls for the light.

First clone the repo of my code down to the Raspberry Pi. Everything will be used here except the arduino_lights folder as this is the code for the Arduino.