I wanted the ability to turn on/off my TV using the Amazon Echo. So I decided to build a small IR Blaster using a Raspberry Pi Zero. This had to be remote and small. For this I chose the Pi Zero and for the Wi-Fi connectivity I added the RedBear IoT pHAT to the Pi Zero. The schematics and instructions to get the IR Led working on Raspberry Pi are at Alex’s blog. 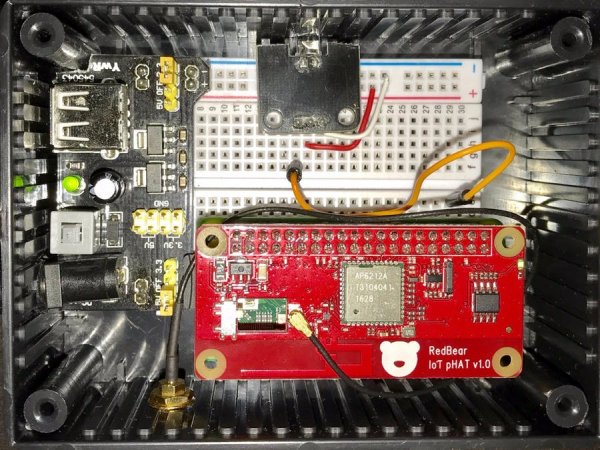 Once I had the IR Blaster working it was time to interface with Alexa. To communicate directly with the Pi Zero from Echo I decided to emulate an existing smart home device echo supported. I picked WeMo as device to emulate as there was existing Python code and the code only need a slight modification. For this I used Chris’s code from Github and made slight modifications so that the Pi Zero would show up as a local WeMo device.

This code is posted below. With the Pi Zero emulating the WeMo device, I was able to add it in the Alexa and I was good to go. Now I can send the command directly to Raspberry Pi from Alex and not having to go through the AWS cloud. Also this is so much faster. I can say “Alexa turn on TV” and the Pi Zero running the modified Chris’s code will send out the signal to turn on the TV.

this code emulates wemo device, and can send the ir signal when a certain command is invoked from alexa.