Since the beginnings of the Raspberry Pi, [Tibbbbz] has wanted to build a DIY guitar effects board and amp simulator. A device like this, and similar ones sold by Boss and Kemper, put a bunch of processing power inside a metal enclosure with some footswitches and a pair of quarter inch jacks for input and output. Mash some buttons and wicked toanz come out the other end. Now this is actually possible with a Pi, and it’ll sound great too. 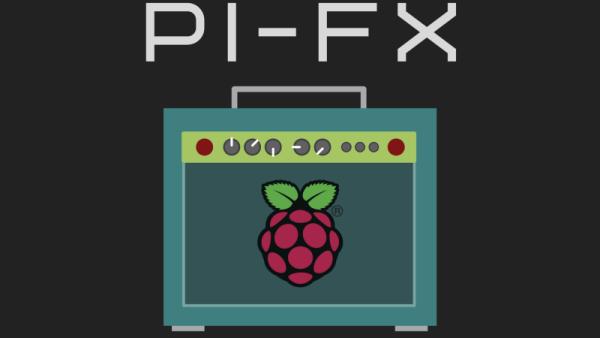 Because this is an audio application, latency is critical. It doesn’t really matter if you have 200 milliseconds of latency when scrolling through your Facebook feed, but for real-time audio processing anything over five milliseconds is disorienting and nearly unusable. [Tibbbbz] is using a standard, off-the-shelf USB audio adapter that gets the latency down to about that level. A Raspberry Pi is never going to have latency as low as a handful of transistors in a analog effects pedal, but it’s close enough.

For the audio system, it’s all about JACK audio: a wonderful frontend for the Linux audio system. The actual pedal emulation is happening with Guitarix. For the hardware part of this build, there’s actually not that much going on here apart from a USB sound card and a touch screen display. The footswitches are the most interesting as they’re wired up as buttons in a repurposed USB keyboard controller board. This repurposing of a USB keyboard is rather interesting, because it vastly simplifies the entire build. All of this is wrapped up in a wedge-shaped walnut pedalboard that’s sturdy enough to live on the stage at least part of the time. You can check out the demos here.

Source: PIFX, THE PI-POWERED PEDAL BOARD