If you are a Harry Potter fan, you might remember that one of the movies showed an Isle of Lewis chess set whose pieces moved in response to a player’s voice commands. This feat has been oft replicated by hackers and [amoyag00] has a version that brings together a Raspberry Pi, Arduino, Android, and the Stockfish chess engine in case you want to play by yourself. You can see a video of the game, below. 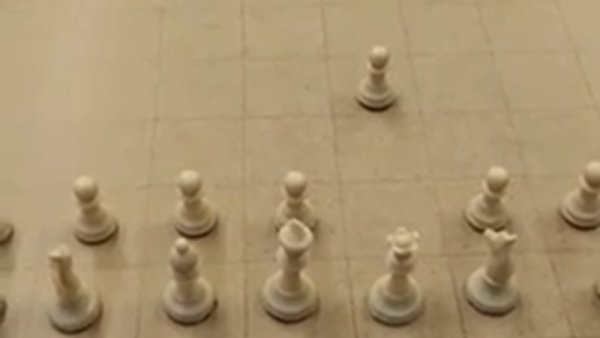 Interestingly, the system uses Marlin — the 3D printing software — to handle motion using the Arduino. We suppose moving chess pieces over a path isn’t much different than moving a print head. It is certainly a novel use of GCode.

There are a lot of pieces integrated to make this work. There is a Bluetooth connection between the Android and Pi. We saw code in Java, Python, C++, at least. We were sad to read that the team that built it can’t modify it anymore as it was a school project and the parts have been recycled for a new class of students. On the other hand, maybe someone else will make a copy and extend it further.

We are always surprised we haven’t seen more Harry Potter paraphernalia. There was the magic wand at this year’s Superconference. We also liked the Mad Eye Moody. There have been others, of course, but not as many as you’d think given the franchise’s popularity.