Stream videos (and other media) to mobile devices/tables while on the go. Great for streaming video to iPads in a car on a long road trip! 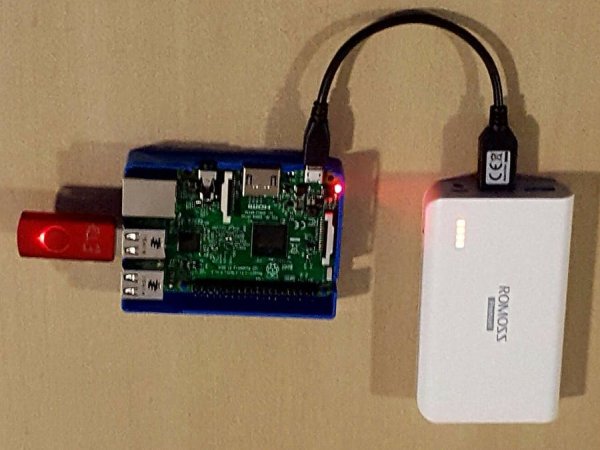 The reason for creating this project in the first place was because I hate Apple. Both my kids unfortunately have an iPad mini 16GB. But Apple does not afford you the luxury of adding the option of SD cards and the iPads are so full of games, there is hardly space for movies while we go on a long road trip.

In the beginning I bought them small Android tablets just for in-car entertainment. But this was a nightmare to manage and keep things charged. Even if charged, you could hardly get through 2 movies with one charge.

So I thought, what if I can use my Raspberry Pi as a media server (similar to my NAS at home) and then stream content to their iPads (and any other device for that matter). To avoid using another mobile WiFi router, I would also want to set the Pi up as an access point.

Additionally, during development, you need to connect the Pi to a TV or monitor using a HDMI cable, power the Pi, connect it to the internet (via ethernet or WiFi) and also connect a keyboard & mouse.

I used Raspbian (Jessie Lite, kernel 4.4, 25 November 2016) operating system (OS) as it is easy to work with and Jessie is the latest version at the time of writing. Jessie Lite is the same core as Jessie but without X server (or the new Pixel desktop) pre-bundled.

The basic steps to completion is as follows:

1. Get the Raspberry Pi up and running

I wanted to connect through Wifi, so I had to edit the config file to get this going.

Save the file and reboot by running

Login again and ping google.com to see that you have connectivity.

Install all the required packages now as some of them are required when you may no longer have an internet connection.

Copy the 2 attached files to the /home/pi (also known as ~) directory. You can use a cool application called WinSCP. After copying the files, set the permissions and run the files through the dos2unix converter to ensure it is readable in linux.

Add the following line to the file .bashrc in home directory, then save the file.

Create the directory to be used for the mount point and set the appropriate rights to be able to read and execute all the files when mounted.

and change the following lines (according to your setup).

Save the file and reboot by running

To test the streaming at this stage, you can use an app on you phone or use a smart TV (connected to the same local network) to see if you can see the streaming service called “Raspberry Pi”. It will stream to your device without an issue. I used VLC and VidOn but prefer VLC.

Comment out the current wlan0 lines (except for allow-hotplug wlan0 ) and add the following lines (note that I only focus on wlan0, not eth0).

Add the following lines at the end

Save the file and then run the following

Hostapd (Host access point daemon) is a user space software access point capable of turning normal network interface cards into access points and authentication servers. Had some help on this section from here and here.

Create and edit the config file

Edit the default config file to tell hostapd to know where to look for its config file.

Uncomment the line #DAEMON_CONF=”” and set it as follows

I found that there is sometimes a big startup delay due to dhcpcd daemon trying to start up. To eliminate the delay, run the following.

Now the Pi will be visible as a access point. If you connect to it (using the credentials specified above) you will be able to stream the movies from it that is on the flash disk.

I am very satisfied with the final product. Thanks again to the sites listed throughout the text above for their help in some places I couldn’t get past. I thoroughly enjoyed playing around to get this functional tool going. I have tested this procedure numerous times now and it works flawlessly every time. Please shout if you find a bug!

A few things that could be made better is: 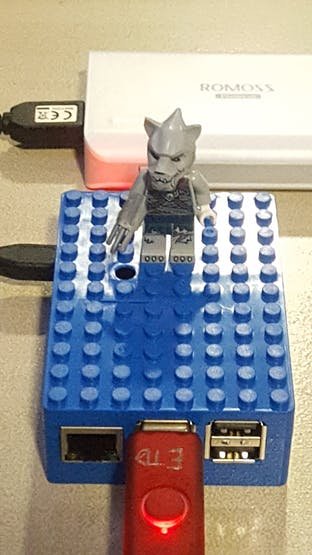 The casing is a Lego box designed for the Pi