Merry Christmas world!!! This is a special Christmas ‘ible that I’m making based off what I got for Christmas this year. 😀
I got a small monitor and small keyboard this year (AA battery for size comparison), and I decided to use it to make a portable(ish) raspberry pi. It’s not portable in the sense that it’s for on-the-go situations, but it’s more portable in terms of not being wired down. The next edition might even be wearable and therefore more portable and on the go. 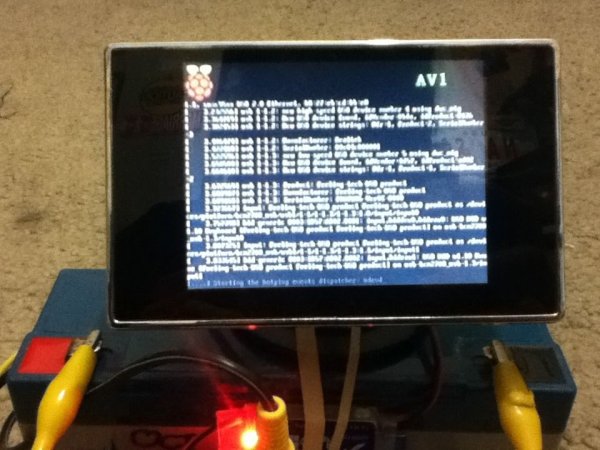 Keep in mind that these are the things that I used, you don’t need to use these exact products to get similar results.

Ok, so to start off, I put the two rubber bands on the battery somewhat in the middle but a little shifted to the right. Then I plugged in the UBEC module to the raspberry pi GPIO pins, positive to pin 2 and negative to pin 6. You can check the chart to see why. Then once that’s done, I slid the raspberry pi and UBEC onto the side of the battery whilst using the rubber bands to hold it there. 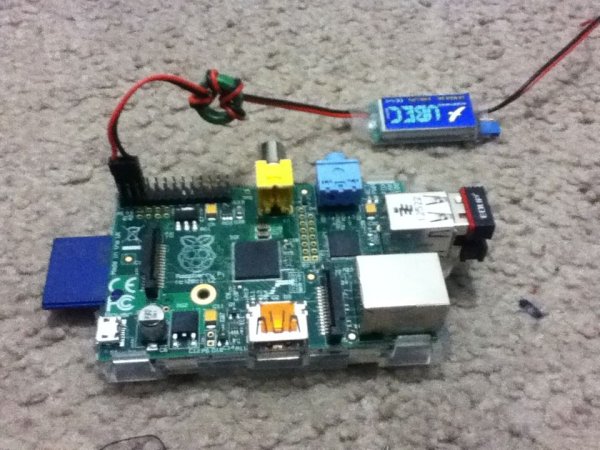 Now onto the monitor. I plugged the power jack into the corresponding plug thingy, then I plugged in one side of the RCA cable to the yellow input jack (the white one was there in case I wanted a second input). Afterwards, I secured the monitor to the top of the battery by slipping the base in between both rubber bands. And to finish up here, I connected the other side of the RCA cord to the raspberry pi’s analog output. Now in my case, I was lucky that this 12 volt car monitor was able to nicely run on only a 6 volt battery, otherwise I would have had to remove the internal voltage regulator in the monitor. Because for some reason, no one likes loose cables and wires hanging out of their “portable” computers. So to solve the problem, I bunched up the cables and stuck them on the back of the battery with the rubber bands to hold them in place. There, problem solved. So here is where I finish up with the assembly. I plugged in the much needed USB wifi adapter and the receiver for the small wireless keyboard. I then had to rig up the power connections, so I hooked the power wires for both the UBEC and the monitor with one alligator clip per pole (one for negative and one for positive) so this way there would be less wires. I cannot express the utmost importance that the two gator clips DO NOT TOUCH because that would create a short circuit and on a battery this big, that would be a problem. And finally I plugged the other ends of the alligator clips to the corresponding poles on the battery and… …it booted up perfectly, and in color which is better than the little tv I used to use. All I had to do then was change the overscan settings so that it would fit perfectly in the 640×480 space. All of it worked beautifully, and I was able to start the x server and use a mouse without needing a hub for more USB ports. The last picture is the final product, with the raspberry picture in the background. So yeah, Merry Christmas world, I hope that you enjoyed reading this ‘ible and I’d like to see what you make based off this. 😀

Have you ever wanted to walk around the room with your laptop, not tethered to a projector, and still project?...