In this modern era of globalization, the world has been completely striving to adapt itself with the modern wonders of this modern era of technological revolution. This modern era of 21 century has completely revolutionized the world and has transformed it into a global village. Along with this global village the people’s lives and society have also transformed in a better version of themselves in order to adapt themselves with the modern wonders of this modern society. So, among these different and versatile variety of technological advancements there are printed circuit board present playing their vital roles in our lives. Now before going in the exploration of different and diversified variety of the printed circuit boards, let us start with a generic ana brief insight regarding what basically is a printed circuit board. In simple words a printed circuit board which is widely and commonly referred as the PCB is a simple circuit board on which a set of electric lines are imprinted along with different electrical components combing which forms a whole assemble or we can say a circuit. 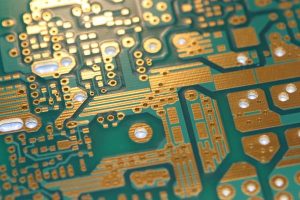 The printed circuit boards are considered a significantly effective, efficient, crucial component of our lives. Nowadays the PCB is used in every kind of computer regardless of the type whether it is a laptop or a desktop. As the motherboard itself is a printed circuit board without which the computer cannot perform any of the required function and in today’s era of digitalization where computers have become an utter necessity, the PCB is in turn is treated as an utter necessity as well. The applications of printed circuit boards are not only limited to the computers as the printed circuit boards are also present in different small components of computers. For example, the video card, network card and lastly the expansion card as well. All of these are linked to each other and in turn are linked with the mother board as well. Moving on further, aside computers the PCB is also used in different methods for creating and conducting electrical pathways by connecting a diversified variety of electrical components with each other. They are used in the manufacturing of different mechanical items and in tracing signals.

Now there are two of the major types of printed circuit board. One is called the flexible printed circuit board commonly known as the flex PCB and on the other side of the picture lies the rigid flex PCB. Now let us shed some light on the various aspects associated with these 2 major types of the printed circuit board. Starting with the flex PCB, as the name clearly dictates that this circuit board is a flexible and specified circuit board which can be bend into a specified and desired shape in accordance with the requirement. The flex PCB is specifically used in high temperature and high-density applications. That is why it is said that they are used where the flexibility and mobility is required more specifically where hand wiring is not possible. The flex PCB is also further categorized into various categories like for example these types commonly range from 1 layer flex PCB to a 5-layer flex PCB.