Last summer, in a small store, I found half of a 1950s bakelite Televox intercom . I thought that it would make a nice cast for a project and I bought it as it only cost $9. It sat on a shelf until I bought my first raspberry pi. After I had played with the pi for some days, I was struck by the idea that the intercom would be ideal in combination with the pi, to build a voice controlled device. 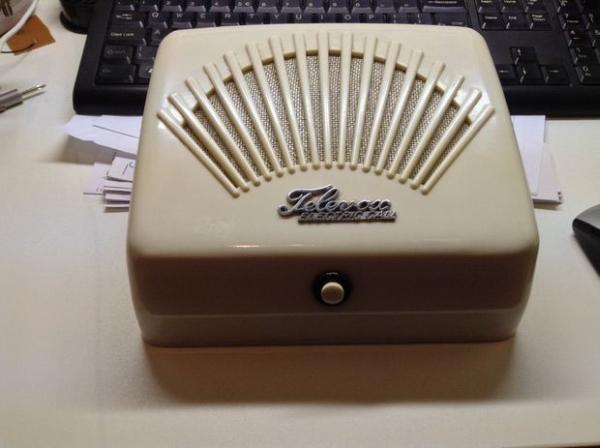 Because of the intercom, the idea came that it would be funny to use the intercom for what it was intended: contacting your personal assistant to get information or to give him/her a task. The only difference is that this intercom isn’t connected to its other half but to the raspberry pi. And that there is no real person on the other side, but a smart little computer that can do a lot of the same things as that real person.

In this instructable, I’ll show you:

Step 1: What do you need for this project?

For this project we need:

sudo apt-get updatesudo apt-get upgrade
Once this is done shut down the raspberry:
sudo poweroff
Now insert the USB WIFI adaptor and turn on the power again.On the desktop, double click the Wifi Config Icon. A window will open.

Click the scan-button which will again open a new window.

In that window, select your SSID by double-clicking it.

You will be back in the first window. There you can see the status of the connection at the IP.

You should now have a Wifi connection.

You can shut the Pi down for now.

Step 3: Setting up the hardware.

Inside the intercom, there is not enough space to hide everything, when the whole setup is done with jacks to connect the audio. So to address this problem, I opened the plastic case of the USB sound card and desoldered the connectors. Then I soldered wires to the spots where the connectors were. The connection of these wires will be discussed later in this step.

Most intercoms use the speaker as microphone. So this means that we have to devise a method to connect the same speaker to the output and the microphone input of the USB sound card. There is a push button in the front that was used originally to switch between listen and speak, so that can be of use to us.

It has to be said that I didn’t want to change anything on the outside of the intercom because it’s such a nice thing in great condition. Drilling holes in it was no option. Otherwise I could simply have added a DPDT switch to switch between input and output. So I had to find the next simplest method.

This is where the 5V DPDT relais comes in. We can use the push button of the intercom to switch it. To do this, we connect 5V to the push button and the second wire of the button goes to one side of the relay coil. The other side of the coil goes directly to ground. So when you press the button, the coil is activated and the relay switches. It is good practice to add a diode in the opposite direction over the 2 pins of the coil. 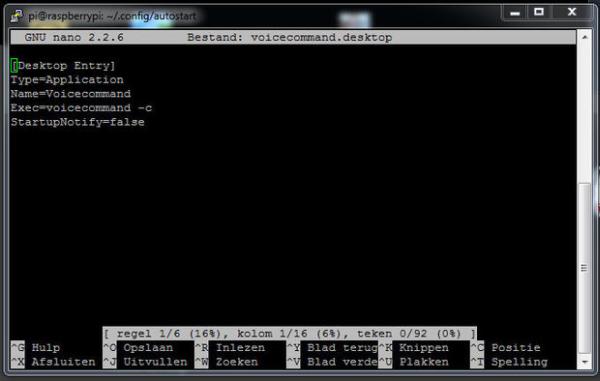 The Amplifier I used, is quite simple to hook up. Everything is clearly marked on the PCB. Connect the 5V pin to 5V and the GND pin to GND and you have power. Then connect the output and GND from the soundcard to Rin and GND and connect R+ and R- to the NC pins of the relay.

When this is done, everything can be placed into the case. Connect the sound-card to the pi.

It is not a very good idea to try to power everything from the raspberry pi. So I found a 5V 3A wall adaptor to power this project. I did cut of the connector and connected everything inside to it. To do so I had to cut a USB cord. That allowed me to connect to the pi without having to desolder the onboard USB connector.

When everything is hooked up this way, your hardware is set up and the case can be closed.

The raspberry pi needs a little bit of preparation to use a USB sound-card. There is a very good adafruit tutorial for this.

I’ll give you the short version here. My sound-card was a CM109 version so the only thing I had to do was to open the alsa config file:

And then reboot the pi:

Step 5: Setting up the voicecommand software.

I used Steven Hicksons voice command software. If you are looking for voice command software for your pi, stop looking and use this one. It is by far the easiest to setup and to use. It is also very well documented and it is quite reliable.
You can download it from his website and there are also some videos there that show you how you can set it up.

When the software is installed, you can enter the following command:

This tutorial will show how to use the Playstation 2 Controller (PS2) with the Raspberry Pi. We use the Arduberry...