If you’ve ever dreamt of making money with a Raspberry Pi, now is your chance! Maker and developer OfficialFlance, as they’re known as over at Reddit, has created a project that both restores old hardware and provides an opportunity to earn a little money on the side. The project relies on a Raspberry Pi 4 to bring functionality back to a broken vending machine. 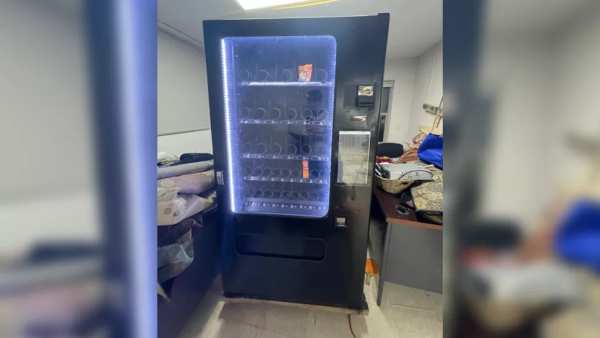 According to OfficialFlance, the development process began after they came across an old vending machine online. The original hardware was far from operational thanks to broken lights and a burnt-out motherboard. Out of everything used to power the machine, only the motors were still functional. At this point, OfficialFlance decided the best board to drive the project would be a Raspberry Pi.

The enclosure for the vending machine was sourced online. Instead of building one from scratch, it was more practical to obtain a broken one and replace any malfunctioning hardware as needed. Because there are so many motors to operate, OfficialFlance is using an Arduino Mega to drive them, alongside the Pi 4B as the main controller.

OfficialFlance clarifies in the original project thread that the bill acceptor is connected using a serial connection via USB. As of writing, no source code has been provided for the project, but it’s clear that it’s subject to change as more components are added.

If you want to recreate this Raspberry Pi project yourself or develop something similar, your best bet is to check out the original project thread over at Reddit. In the meantime, you can also follow OfficialFlance for future updates as the vending machine is upgraded with more components and features.

At the moment, the machine does not accept card payments, but it can still process cash in form of dollar bills. To process debit and credit cards, a Java API will be necessary but they have yet to find one suitable for the project. There are plans in the works to utilize the screen for both advertisements as well as buttons.