Nothing, it seems, can outfly an artificial intelligence known as ALPHA, which has been trained for use in unmanned combat aerial vehicles.

Retired US Air Force colonel Gene Lee has been fighting and winning against AI opponents in simulators since the 1980s, but the seasoned tactical expert has admitted defeat to ALPHA, which only required the power of a Raspberry Pi to outmaneuver him. 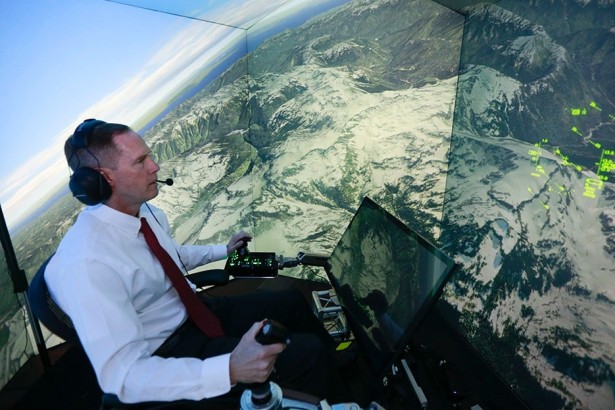 According to Lee, ALPHA is “the most aggressive, responsive, dynamic and credible AI I’ve seen to date” — so much so that after flying against ALPHA in realistic battle conditions, he goes home “feeling washed out” by his opponent.

“I’m tired, drained and mentally exhausted. This may be artificial intelligence, but it represents a real challenge,” Lee said.

“Until now, an AI opponent simply could not keep up with anything like the real pressure and pace of combat-like scenarios.”

During a recent simulated battle, Lee was unable to score a kill against ALPHA, which second-guessed Lee’s every move to shoot down its human opponent during each engagement.

“I was surprised at how aware and reactive it was. It seemed to be aware of my intentions and reacting instantly to my changes in flight and my missile deployment. It knew how to defeat the shot I was taking. It moved instantly between defensive and offensive actions as needed,” he said.

While ALPHA’s role is currently limited to training in simulated environments, it may in future find a spot in the cockpit as an AI wingman, according to Kelly Cohen, an aerospace professor at University of Cincinnati (UC), where ALPHA has been developed.

“ALPHA would be an extremely easy AI to cooperate with and have as a teammate. ALPHA could continuously determine the optimal ways to perform tasks commanded by its manned wingman, as well as provide tactical and situational advice to the rest of its flight,” he said.

Ernest, who is now CEO of the newly-founded firm Psibernetix, is continuing to develop ALPHA under contract with the US Air Force Research Laboratory (AFRL). The company is using the same methods for biomedical applications of AI.

The wearables market is booming. Statistics aggregator web portal Statista, notes that the global market will be worth over $7...