Raspberry Pi is a low cost credit card sized ARM/GNU based single board computer that runs on a Linux Platform and plugs into your TV, just add a mouse and keyboard and a little imagination.  It will be available to buy soon at around £22 for the fully loaded version.  It’s the brain child of Eben Upton, who’s work as an admissions officer at Cambridge university made him realise that “kids today”, were happy to use and play with technology, but not interested in programming or designing it , hence the visible decline year on year of students wishing to study technology based subjects, such as electronics. 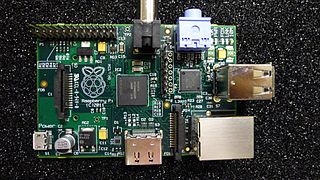 I think that part of the problem is down to the modern world, a world where the majority kids today aspire to be Rock Stars or Celebrities, rather than Astronauts or Computer Programmers, as it was in my day growing up in the early 1980’s.  What most of them probably don’t realise is that people like Bill Gates and the late Steve Jobs, were Geeks with more money of their own, than many countries have! and far more than most “celebrities”  So what can we do about this!  Well, Eben was keen to get the kids of today interested in the building blocks of technology, and make a product that would appeal and inspire them, and so, the Raspberry Pi was baked! 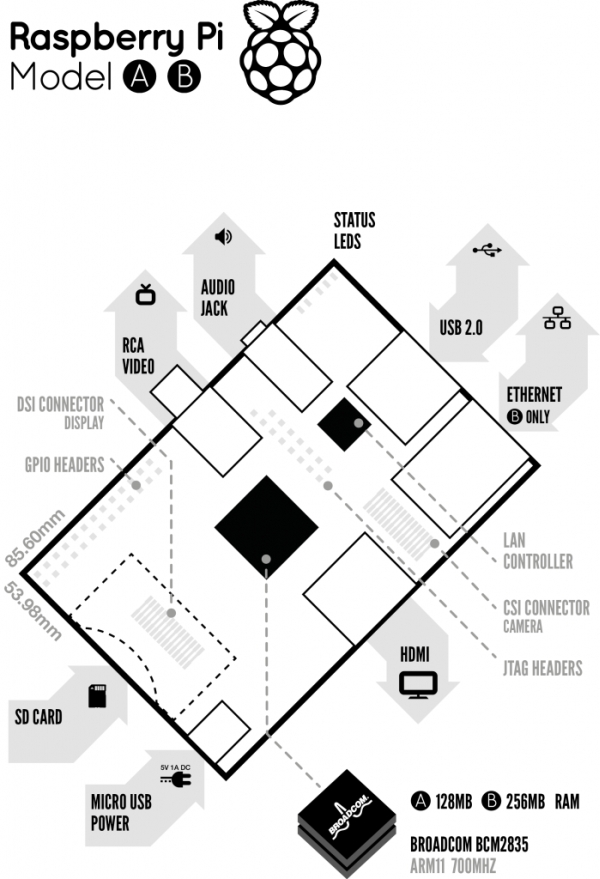 To most of us reading this, technology and how it all works is a drug, I’m certainly addicted!, I think the difference between me when I grew up, and the kids of today, is to do with the evolution of technology and modern media.  Inspired by movies like Wargames and Weird Science,  I pretty much had to build my own first computer from a kit, and I learnt how to write basic on it and I also used it for gaming.  Today, games consoles are just that, you can’t write basic on it…. the hours of fun I had writing things like “10 CLS, 20 Print ” Pete is Cool!”, GOTO 20 on every computer in our local branch of Dixons (electronics shop), so that all the monitors displayed it,and buying computer magazine’s featuring programming code examples and spending hours typing them in to run the most basic of programes. Today they are just off the shelf throw away commodities which a monkey could operate.

For more detail: Raspberry Pi and Custard for Schools

The Raspberry pi is a device which uses the Broadcom controller chip which is a SoC (System on Chip). This...