Raspberry Pi based audio DAC board starts at $225

Orchard Audio has opened pre-orders on a next-gen PecanPi audio DAC board for the Raspberry Pi that replaces its earlier, Kickstarter backed ApplePi DAC. The $225 PecanPi DAC offers modest audio improvements, as well as more options that can be be added a la carte all the way up to a $400 PecanPi Streamer system with aluminum case and Raspberry Pi. Shipments are expected between June and August. 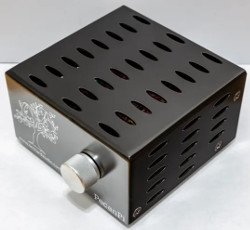 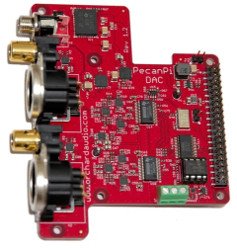 A recent Audiophilestyle review of both the ApplePi and PecanPi posted Mar. 17 said of the PecanPi DAC: “SNR is 2dB better, THD+N is 3dB better, and jitter performance is also improved” compared to the ApplePi. The review also stated: “The bass is huge and the imaging is precise. Way better than I thought possible.” Meanwhile, Orchard Audio claims that with the PecanPi, “even normal compressed (mp3) music files will sound much better.”

Like the ApplePi DAC, the PecanPi DAC board is built around dual Burr-Brown PCM1794A PCM1794A DAC chips in monaural mode from Texas Instruments. There’s also a Crystek CCHD-575 oscillator, among other components.

The PecanPi DAC supports Raspberry Pi models, including 1B+, 1A+, 2B, 3B, 3B+, Zero, and Zero W. Orchard Audio does not appear to list the Raspberry Pi model included with the PecanPi Streamer, but bbased on the WiFi configuration, it would appear to be a 2.4GHz 802.11n equipped Raspberry Pi 3. A $20 upgrade gives you an RPi 3B+ with 2.4/5GHz 802.11ac. Both devices default to running Volumio, with optional Rune Audio, moOde Audio, PiCorePlayer, and Roon end-point software. 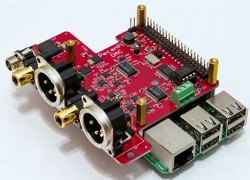 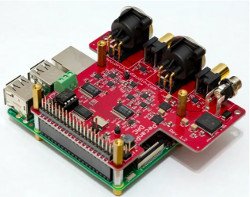 The equivalent of a PecanPi Streamer can be created by adding options to a PecanPi DAC, as well as bringing your own Raspberry Pi board. For example, the volume control POT (potentiometer) with silver knob adds $10 and the case with POT costs $125. There’s also a choice of headphone adapters for $10 apiece.

The PecanPi Streamer “can be connected to any existing stereo amplifier, AV receiver, or powered audio system, as well as headphones,” says Orchard Audio. On top of the $400 price you pay extra to move from the RPi 3B to the RPi 3B+. You can also upgrade with one of the $10 headphone adapters and pay an extra $50 for preconfigured WiFi. 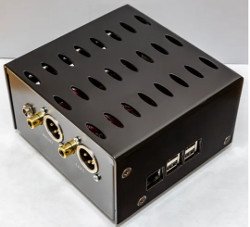 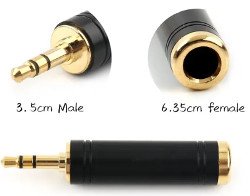 Major specifications listed for the PecanPi DAC and PecanPi Streamer include the following (additional specs about components are available on the website):

Orchard Audio’s PecanPi DAC and PecanPi Streamer are available for pre-order starting at $225 and $400, respectively. Shipments are expected between June and August. Pre-order prices are 20-25 percent lower than expected retail. More information may be found on the PecanPi product page, which links to shopping pages.