The project is designed for LED based street lights with auto intensity control using solar power from photovoltaic cells interfaced to a Raspberry Pi board. As awareness for solar energy is increasing, more and more individuals and institutions are opting for solar energy. Photovoltaic panels are used for charging batteries by converting the sunlight into electricity. A charge controller circuit is used to control the charging. 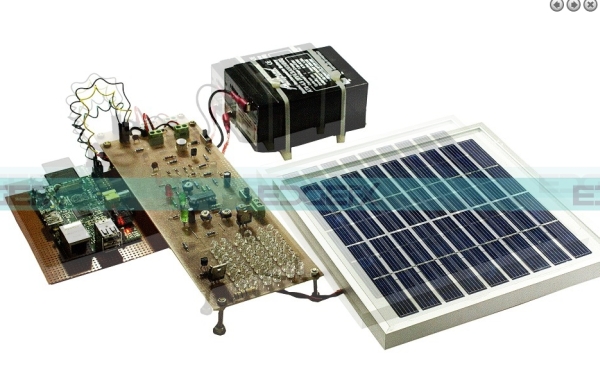 Intensity of street lights is required to be kept high during the peak hours. As the traffic on the roads tends to decrease slowly in late nights, the intensity can be reduced progressively till morning to save energy. Thus, the street lights switch ON at the dusk and then switch OFF at the dawn automatically. The process repeats every day.

High Intensity Discharge lamps (HID) used for urban street light are based on principle of gas discharge, thus the intensity is not controllable by any voltage reduction method as the discharge path is broken. LED lights are the future of lighting, because of their low energy consumption and long life they are fast replacing conventional lights world over. White Light Emitting Diode (LED) can replace the HID lamps where intensity control is possible by pulse width modulation. 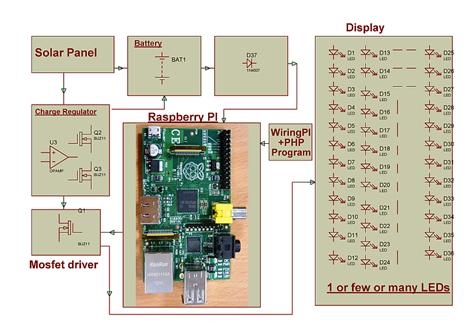 The intensity control helps in saving energy during late nights while traffic density on the streets is low. A Raspberry Pi board is engaged to provide different intensities at the different times of night using PWM technique, for energy saving for solar based system, using a charge controller for battery charging, overload and deep discharge protection.

Further the project can be enhanced by using time programmed dusk to dawn switching based on latitude and longitude of a specific place. It can also be interfaced to a LDR to follow the switching operation precisely.

Do you know how many devices are on your local network? That is what we where wondering at our hackerspace...