Let’s make a bluetooth audio receiver allowing you hook up your R-Pi to your stereo and use your phone as the sound source.

To be honest, this is not a unique project. Plenty of people have attempted to get a bluetooth receiver working, some (less) have succeeded. After spending way to much time on trying to get the features that I want by combining sniplets from various guides I eventually got it right. In fact, I would like to give credit to Google and everybody on the internet for sharing their pain and experience. Without you I couldn’t have done it!

As it turns out, A2DP and A2CP profiles mandate the use of Bluez 5 which in turn needs Pulse Audio 5.

What is Bluez? Bluez is the Linux bluetooth stack. It handles all the low level bluetooth stuff (pairing, audio data transfer, etc.)

What is Pulse Audio? It is a sound proxy. It will take the digital bluetooth audio stream, resample it and send it through to the analog headphone jack.

Step 1: What you need 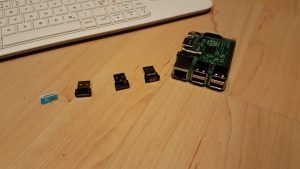 This is what you need to complete this project:

A note on the Pi version. I have used a Pi 2 during installation since it saves time. Then I move the completed MicroSD to a B+ V2. Running this application on a Pi 2 is a bit of a waste of CPU cycles. 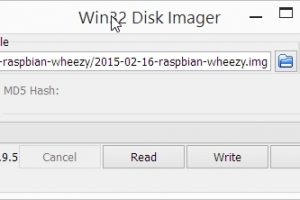 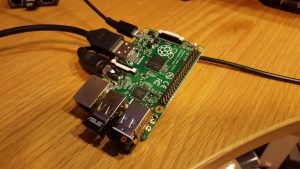 After too many manyal trial and error attempts of trying to get this working I realized I had to script the install. That way I will get the same result every time. The scripts can be found on bitbucket.

This is how to install:

Next, you need to install required packages for Bluez 5 and Pulse Audio 5. Usually you don’t need to worry about dependencies because the debian installer does it for you. We will install our software from source.

Neither Bluez 5 or Pulse Audio 5 are available in the Raspbian repositories; hence they have to be downloaded, built (compiled) and installed. In addition, the two software packages need to interact. For this purpose users and permissions have to be set up right. Run “bt_pa_prep.sh”.

Did anything go wrong? The first thing to check – are you on a 8 GB card and did you remember to expand the file system? Not that? Start over and run each part of the script manually.

The next script configures the following:

Run the script and enter the device name (what you will see when you attach from your phone):

The software package used for Airplay audio streaming is called Shairport. This is also best done by downloading the source and building it:

The script does the following; 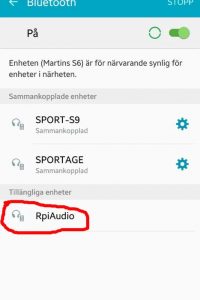 Hook the Pi up to a sound system. If you will be using the voice announcements, I suggest you put your Pi on the network, either by cable or WiFi. You will get announcements even if you stay off-line but the script will fall back to espeak which produces a robot-style voice.

Android: Scan for bluetooth devices and the device name you specified should appear among discoverable devices. Connect and press OK on the pop-up.

iOS: Open your music player and attach it to the airplay player with the name you specified. I would have shared a couple of screenshots but my wife is out of town and so is her iPhone.

Play some sound and you should hear it through the sound system!

So, why not put it all together? Either do the steps above one by one or run all scripts in sequence:

I would suggest you go cook dinner while this finishes. The script takes around 45min on a Rpi 2. Probably a lot longer on the B+. Output is saved to runall.log if you want to see the progress in retrospect.

Things that work well (for me, anyway) are:

This is what can be improved or is not working:

Good news! A couple of readers have updated code for Raspbian Jessie and added features (see comments for details). I want to highlight it here for stickiness.