Single-board computer maker Radxa has announced what looks to be the cheapest board to date using the popular Rockchip RK3399 chipset.The Rock Pi 4 is the latest RK3399-based board on the market, joining the recently launched NanoPi NEO4, the Pine64, Renegade Elite, and the NanoPi M4.

All of them offer a more powerful alternative to the $35 Raspberry Pi, but until now none has come close to matching its price.

The RockPi 4 with 1GB of RAM will cost $39, undercutting the NanoPi NEO4 by $10, and bringing it within range of the Raspberry Pi. Many other boards with the six-core RK3399 cost over $100.

Radxa has closely followed the design of the Raspberry Pi and uses the same 40-pin GPIO header, so that buyers can take advantage of the large hardware ecosystem built around the Raspberry Pi’s design.

The Rock Pi 4 measures 85mm x 54mm and is available in two variants, dubbed Model A and Model B. The difference between the two is that the Model B has power over Ethernet (PoE) support with the help of Raspberry Pi’s PoE HAT, as well as 802.11ac Wi-Fi and Bluetooth 5.0.

Both models are available with 1GB, 2GB or 4GB of RAM and feature a Gigabit Ethernet port capable of 940Mbit/s speeds, according to the specs sheet.

SEE: How to build a successful developer career (free PDF)

The Rock Pi can run Android 9.0 while Debian and Ubuntu are officially supported, but other Linux distributions will have community support. 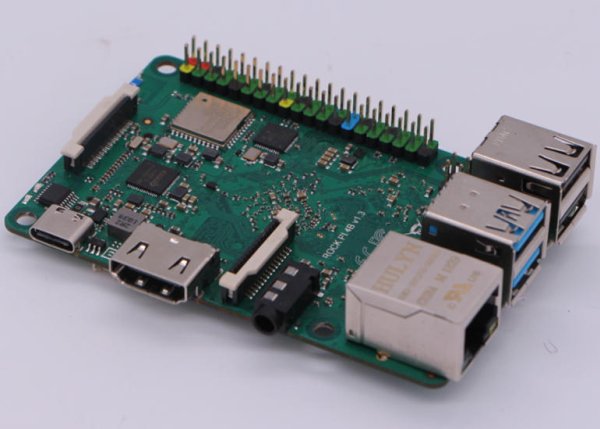 The RockPi 4 closely follows the design of the Raspberry Pi and uses the same 40-pin GPIO header. 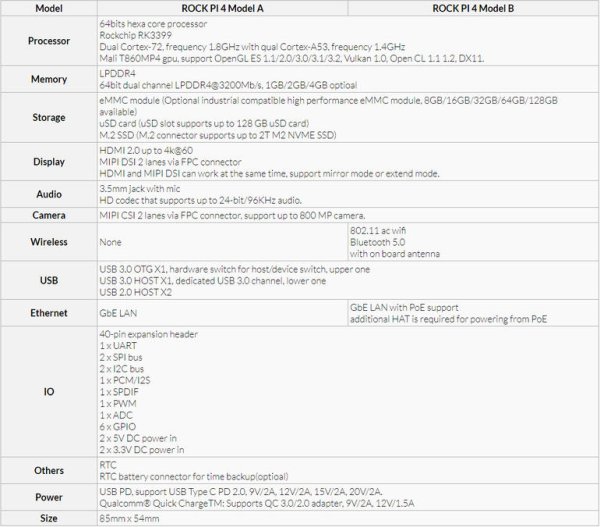 Radxa has set out the Rock Pi 4 features in this table.

F&S Elektronik Systeme has unveiled its latest Pico-ITX format (100 x 72mm) SBC named ArmStone™MX8M. This board is powered by the NXP i.MX processor....