Back in my day the internet was a dumb terminal connected at 300 baud through an acoustic coupler to a timeshare system, and we liked it!

Ok I’m not actually that old, but how amazing it must have been to be using telephones to connect up to the ARPANET before it was legal to even connect a modem directly to your phone line (yeah for real, direct modems were illegal)!

This time period was so magical! The computer industry and telecommunications industry were colliding like two galaxies, and no one had any idea how it would all pan out. I may not be old enough to have lived through it, but the tech that fueled this paradigm shift to a new age is still around, collecting dust in surplus stores and buried in boxes in our grandfather’s basements. 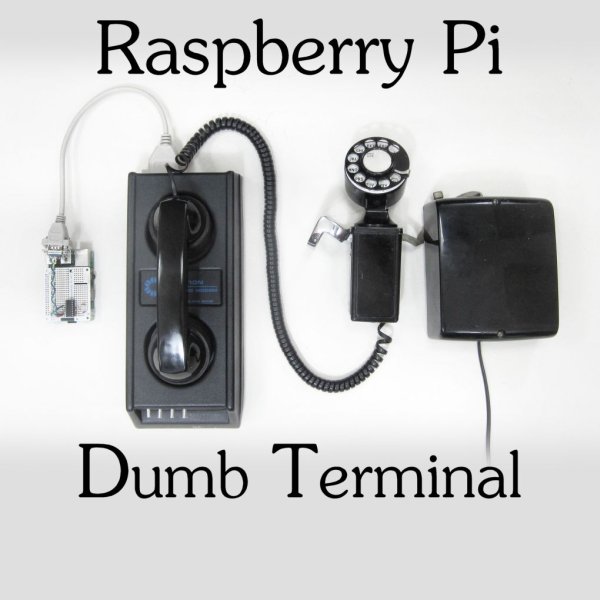 I recently acquired an early 300 baud acoustic coupler (how modems worked before you were allowed to connect modems directly to a phone jack). Let’s dust it off and build our own dumb terminal using an old phone, the coupler, a Raspberry Pi, some wires, a few capacitors, a serial transceiver chip, and some solder!

Get off my lawn with your newfangled 4G. Where did I leave my teeth? Here we go!

To get around this, we are going to use a special integrated circuit called a transceiver. This device only has one job, to translate back and forth between TTL and RS-232. The part I chose for the circuit is SP2322E a ‘true +3.0v to +5.5v RS-232 Transceiver’. This part gets its power from the Raspberry Pi. The Raspberry Pi, however, does not have the ability to source +/-15v. Where do these voltages come from? The transceiver chip uses a set of external capacitors as part of its charge pump circuits. In other words, with a little help from its capacitive friends, the transceiver is capable of generating its own +/-15 rails. Fancy!

So there we have it, a simple circuit that will allow our new-fangled Raspberry Pi to talk to 40 year old telecommunications equipment. 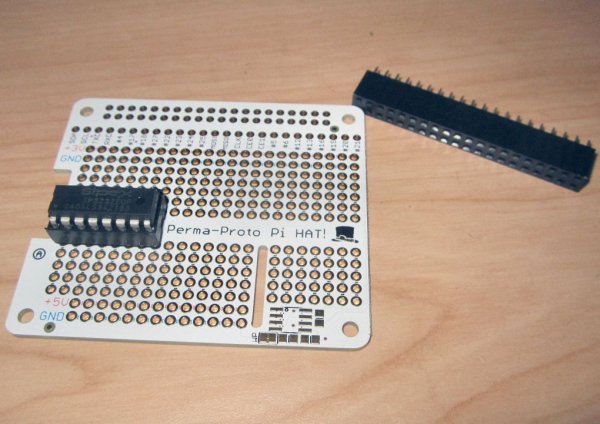 I started by soldering a 16 pin dip socket onto the hat. Then I angled the pins on the IC properly and inserted it into the socket.

The SmartFaire is a project that uses the I2C bus on a Raspberry Pi 2, and two I/O port expanders...