At $35 a board, the Raspberry Pi allows for a fairly decent level of computing and graphics without needing to worry about the costs of building a full hardware platform or an operational PC. This is all powered by Broadcom’s BCM2835 which allows for an acceptable level of performance at an incredibly low cost (enabling the $35 price). 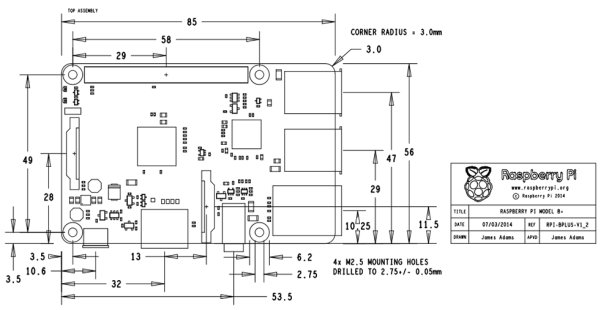 This includes the expanded GPIO who’s connectivity expands from 26 to 40 pins, while the first 26 pins of the GPIO headder remain identical to the Model B. As we had stated earlier, the new Model B+ Raspberry Pi also features more USB 2.0 ports, increasing from 2 to 4, potentially adding more functionality through USB devices. They also have changed the SD card slot to a MicroSD push-push connector rather than a standard friction based SD card slot (not MicroSD).  This allows them to significantly reduce PCB space taken up by the SD card connector which frees up more space for other things on the PCB.

Have you come out of a store and said to yourself, where did I park my car? Well, I have....