Raspberry Pi enthusiast Jeff Geerling has released a second part in the series about the creation of a huge Raspberry Pi NAS  60 HDD 1.2 Petabytes storage system and how you is now found a way to make all the hard drives run in a RAID configuration. Pi enthusiasts looking to build their very own Raspberry Pi NAS should start with a few less hard drives but use the project as inspiration to see what is possible using the small yet powerful Raspberry Pi mini PC. 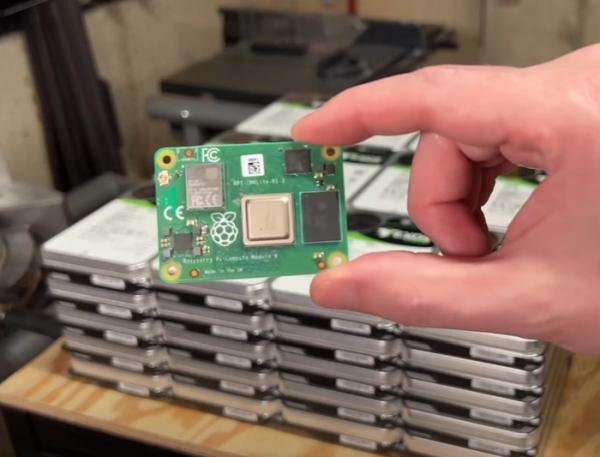 The Raspberry Pi Compute Module 4 or CM4 is a compact form factor designed to provide processing for deeply embedded applications and features a quad-core ARM Cortex-A72 processor, dual video output, and a wide selection of other interfaces. The CM4 is available in 32 different variants offering a range of RAM and eMMC Flash options as well as with or without wireless connectivity depending on your application and needs.

Check out both the first and second videos in the PetaPi project embedded below.

“By far the most storage ever attached to a single Raspberry Pi. Massive thanks to 45Drives for making this possible! Sometimes you have to go slow to go fast—with 60 hard drives on 1 Raspberry Pi, I found a way to make it run in RAID! It’s not the fastest storage server in town, but it’s good for about 70 MB/sec write speeds and sucks down about 500 Watts of power.”

Professional quality seismograph, fully open source, based on a Raspberry Pi, with 1 to 4 components, able to record earthquakes or...