Back in 2006, Eben Upton and his colleagues at the University of Cambridge’s Computer Laboratory noticed a disturbing trend—interviewees for degree course placement did not know enough about what a computer is or how it worked. So, he set out to design an inexpensive computer that would inspire kids to experiment with computers at home—a similar to the hobbyist computers, such as the Apple II, Amiga, and Commodore 64 computers of a generation before. On February 29, 2012, the first batch of 10,000 Raspberry Pis sold out within a few minutes, crashing the websites of the stores selling them. By the end of 2012 more than 500,000 Raspberry Pis have been sold and not just to school children. The Raspberry Pi credit-card-sized single-board computer costs about $35 and has as much computing power as the early Xbox—more than enough power for playing games, running a home media center, a file server, a website, a small database, or a wireless access point. Its Broadcom System on a chip (SoC) architecture includes a powerful graphics processing unit (GPU), and the single-board design includes a network port, an HDMI connection, two
USB ports, an SD card slot, and 512 MB of memory. There is more power and there are more features available on this small, inexpensive computer today than there were on the expensive desktop computers that ran the original Windows operating system.
This book contains recipes that take advantage of the power and features of the Raspberry Pi to create a number of practical solutions that can be realized without programming—solutions that anyone with minimal computer skills can apply in their home or office. This book is not about educating or inspiring children to learn computer programming. This book is for parents, hobbyists, and computer geeks who would like to learn more about the Raspberry Pi’s “official” Raspbian Linux operating system and the advanced networking solutions that are available for the Raspberry Pi today. 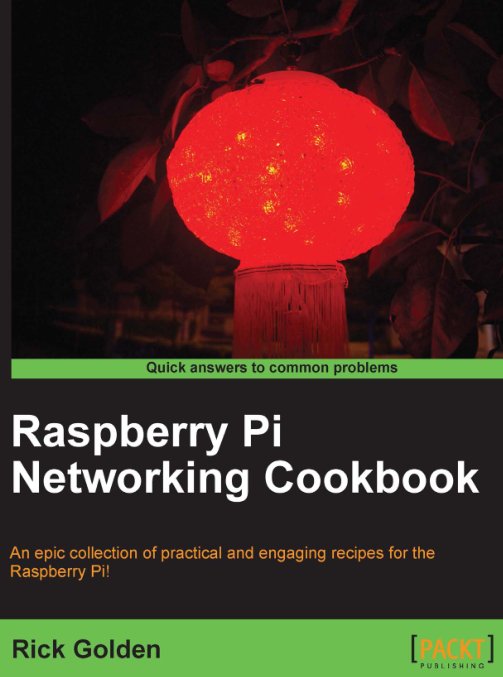 This is a basic prototyping kit for the Raspberry Pi. It will allow you to quickly and easily prototype your...