Raspberry pi roboat is an internet controlled water robot using an RC boat as it chassis. This will be use to check an unreachable sewer by giving a live picture stream to the web browser.

This thing is also could be another option to learn robotics with the raspberry pi because this robot was built on a basic simple python code using webiopi framework.

There is already an instructables about raspberry pi and boat: 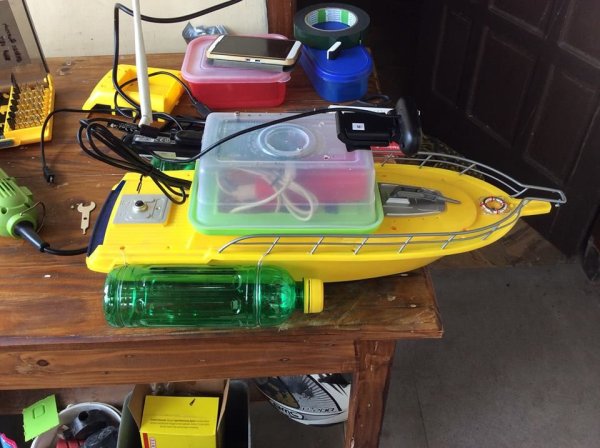 For this project I used A cheap RC boat from the local toy store. Fortunately the RC boat has a big body and dual motor attached to it. The dual motor is great because it will give the boat a more precise driving control.

The boat itself already have a motor driver but after test it for a while there were some disconnected line on the PCB So I decide to cut the wire from the motor DC to motor drive and replace it with a L298n motor Driver module. After cutting the wire, solder the cable from motor DC to the jumper wire so it can make an easier connection to L298n module.

Pick up 4 female to female jumper cable and plug it in to IN1, IN2, IN3, IN4 in the L298n module. now save this part and we will continue the raspberry pi part 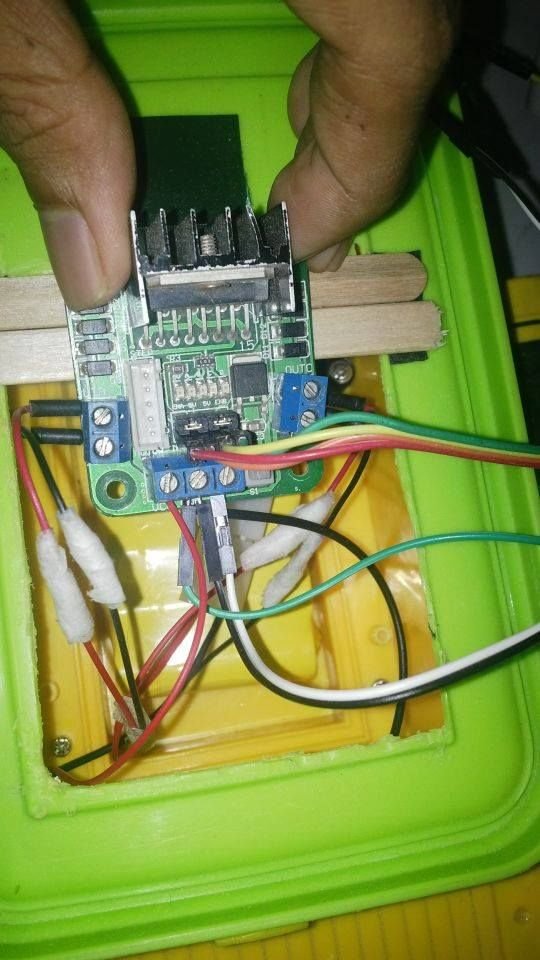 Make sure the sd card are already installed with raspbian, if dont you know how to make a raspbian sd card you can search it in instructables. or use this one:

Plug the USB wifi and USB Camera to the USB port on the raspberry pi. Then boot it up until you get to the linux terminal.

change the SSID and wpa-psk with the wifi setup used at your house. then save it. when its done restart the pi and if the LED on the USB wifi that means the wifi connection is a success

The Raspberry pi is a device which uses the Broadcom controller chip which is a SoC (System on Chip). This...