This tutorial is based on a previous Instructable –

The aim is to present an example of how to setup a Bluetooth serial connection with Arduino to control a Raspberry Pi robot. But lets take it one step further and add Python to generate sounds based on the commands sent over Bluetooth. So basically we are going to send messages from a Android App over Bluetooth to a Arduino, then relay the messages from Arduino (USB) to the Raspberry PI where Python will play sounds based on those messages. So one example would be to send the robot a command like move forward and have it play some cool robot noises from the Raspberry PI. So lets get started…

We are going to use the same parts from this previous tutorial for the robot base. ( Robot base, Raspberry Pi, Arduino Uno, motor driver, battery, etc )

And we are going to add the following parts to the list. 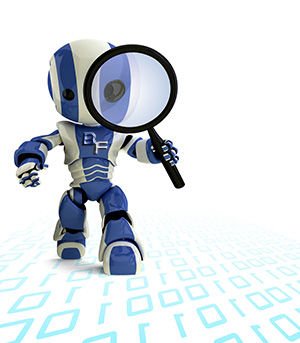 Older versions of the Raspbian image have had issues with sound output to the 3.5 speaker jack so it is recommended to install the Noobs v1.2.1 image or later.

Python is pre-installed, but we can check our Python version by using the terminal to verify.

Copy and paste in the LXterm

For the examples we are going to go over it is recommended that you use Python version 2.6.

***If Python is not installed on your system you can use apt-get granted your Raspberry Pi is connected to the Internet.***

Copy and paste in the LXterm

Also for the examples in this tutorial we need to install some of the the dependent libraries for our scripts to work.

Copy paste in the LXterm

Also you may or may not have to set the Raspberry Pi’s output to the 3.5 audio jack with the command line

Copy paste in the LXterm

Next download the Sound files below then add a folder labeled Sounds to ” /home/pi ” and add the .wav files to it (Ex. /home/pi/Sounds/forward.wav )

Next download and add the following Python script to ” /home/pi ”

Copy and paste in LXterm
sudo chmod +x /home/pi/zagbot-bt.py
The program should now be executable. Next download and upload the following sketch with the Arduino IDE 1.0.4 or above to you Arduino Uno.
Arduino Robot Base Sketch
zagbotbt.ino
If you are unfamiliar with Arduino and its IDE you can read up on it here.
Arduino
And lastly refer to the wiring diagram above for setting up the power connections to the robot base. 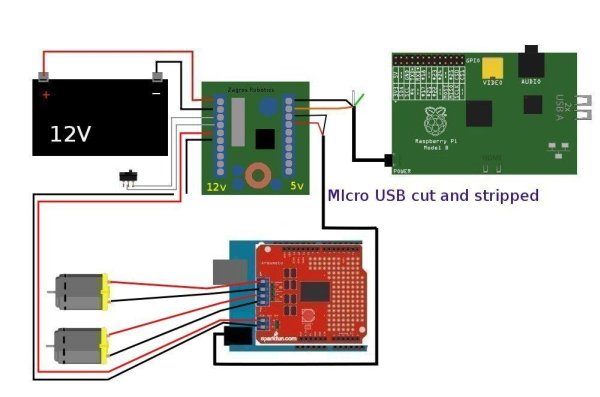 Here is a basic Android app that sends string commands via bluetooth to our Arduino Uno. Of coarse you can always write you own .apk to Incorporate a more advanced interface using your phones accelerometer, or touchscreen using sliders for motor speed and direction. Transfer the .apk to the sd card on your phone or tablet and use an app like ES file explorer to gain access into the SD card and install the .apk.

Hello, this is a step-by-step guide to building a water cooling system for the Raspberry Pi's ARM processor. It all...