I’ve been playing around with serial comms on my Pi/Picaxe dev rig.

Using Gordon’s wiringPi library makes it easy to open the gpio serial comms port on the Pi and write code with Gambas.

So this post involves writing a simple Picaxe program, and then using wiringPi and Gambas on the Pi to communicate with the Picaxe.

Much of the configuration stuff is described in my previous posts which you can link to from here:-

I am using a PiB2 running Raspbian Jessie, and found I needed the very latest versions/updates for wiringPi and Jessie.

I’m running Gambas v3.5.4 which can be installed straight from the Jessie repository. Dont forget you will need to run Gambas as root, which you can do from a terminal with:-

The Picaxe I’m using is an 08M2, but in principle you could use other models/variants.

Initially I wrote a simple Picaxe program to send data to the Pi, which looked like this:-

Once compiled and downloaded, I used minicom to check that the Pi was receiving the message. So in a terminal:- 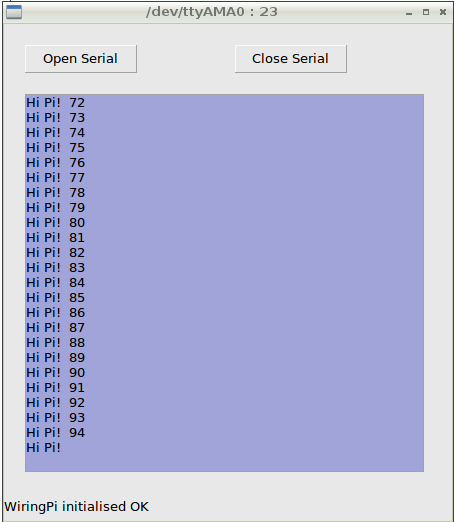 …where the “Hi Pi!” number increments every 3 seconds.

If all is OK, its time to write a Gambas program for the Pi.

After wiringPi has been downloaded, un-packed and built (as described in my previous posts) we need to add declarations to a new Gambas project, which I’ve called: Picaxe2Pi

LiTiny- A Tiny LiIon charger for most things battery

Lithium Batteries are indispensable. I have a few project like my own DIY Badge [Post Soon] or a Light Wand...