spurred on by the completion of my two previous projects, the Compact Camera and Portable Games Console, I wanted to find a new challenge. The natural progression was an outdoor remote system… 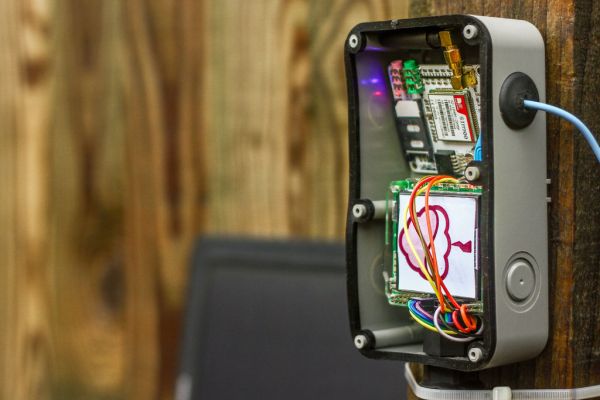 I wanted to build a Raspberry Pi weather station that was able to sustain itself off grid and send me the results through a wireless connection, from anywhere! This project really has had its challenges, but luckily powering the Raspberry Pi is one of the main challenges that has been made easy by using the PiJuice as a power supply with it’s added solar support.

My Initial thought was to use the fantastic AirPi module to take readings. This however, had two main drawbacks; it requires a direct internet connection to upload the results and it needs to be connected directly to the GPIO on the Pi which means it can’t be exposed to the air without also exposing the Raspberry Pi (not ideal if we want this weather station to last any length of time).

The solution… build my own sensing module! Using much of the AirPi for inspiration I was able to put together a very simple prototype using a few sensor I already had; temperature, humidity, light levels and general gases. And the great thing about this is that it’s really easy to add more sensors at anytime.

I decided to use a Raspberry Pi a+ mainly due to its low power consumption. To send me the results I used the EFCom Pro GPRS/GSM module, which can send a text straight to my mobile phone with the results! Pretty neat right?

I’m glad to here of any ideas you have for other great solar or portable projects. Let me know in the comments and I’ll do my best to create a tutoria

There’s quite a few different elements to this project, so it’s best to do everything in steps. First off I’m going to go through how to put together the sensing circuit.

It’s a good idea to build this on a bread board first, just in case you make any mistakes, I have included a circuit diagram and step by step pictures, to be referred to.

That’s it! The test circuit’s been built. I’m hoping to add more components when I have the time. I’d really like to add a pressure sensor, a wind speed sensor and I’d like to get more intelligent data on gas concentrations.

Now that the sensing circuits been built, there needs to be a way of receiving the results. That’s where the GSM module comes in. We’re going to use it to send the results over the cellular network in an SMS, once a day.

Boot up your Raspberry Pi with a a standard Raspbian Image. Now change the file “/boot/cmdline.txt” from:

by removing the underlined section of text.

Secondly, you need to edit the file “/etc/inittab”, by commenting out the second line in the following section:

So that it reads:

and reboot the Pi. Now the serial port should be free to communicate with as you wish. It’s time to wire up the GSM module. Take a look at the circuit diagram in the previous step and the pictures above to see how this is done. Basically, TX is connected to RX and RX is connected to TX. On the Raspberry Pi TX and RX are GPIO 14 and 15 respectively.

Now, you probably want to check that module is working, so lets try to send a text! For this you need to download Minicom. It’s a program that allows you to write to the serial port. Use:

Once it’s been installed minicom can be opened with the following command:

9600 is the baud-rate and /dev/ttyAMA0 is the name of the Pi’s serial port. This will open a terminal emulator in which whatever you write will appear on the serial port, i.e. be sent to the GSM module.

Insert your topped up sim card into the GSM module and press the power button. After which a blue led should come on. The GSM module uses the AT command set, here’s the documentation if you’re really interested. Now we check that Raspberry Pi has detected the module with the following command:

the module should then respond with:

Great! Then we need to configure the module to send an SMS as text rather than binary:

again the response should be “OK”. Now we write the command to send an SMS:

The modem with respond with “>” after which you can write you message. To send the message press <CTRL-Z> . That’s it, and with any luck you’ve just received a text straight from the your Raspberry Pi.

Well now that we know the GSM module is working you can close minicom; we wont need it for the rest of the project.

Please note: This instructable is not complete - but may be helpful Published to allow the excellent people at Derry's...