The official Raspberry Pi Ltd. is helping the KiCad open source design automation software raise funds in its end of year event by matching donations made on the KiCad’s website up to a maximum of $5,000. Recently a new version of the KiCad software was made available to support the powerful Raspberry Pi 4 mini PC. To help KiCad raise the funds it needs for its next development phase jump over to the official website where you can donate even the smallest amount to help fund its development and of course Raspberry Pi Ltd. will match your donation. 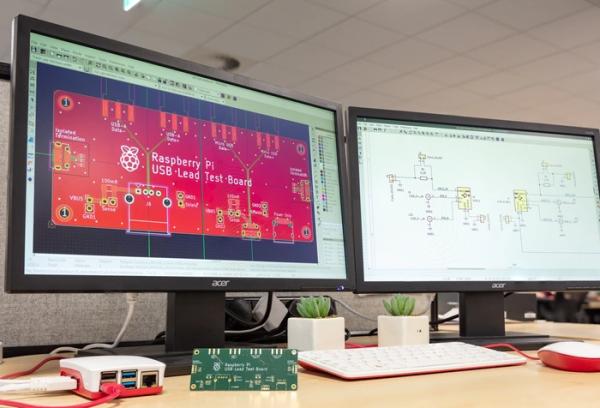 “Changes made in the newer version 6 KiCad codebase have brought improved OpenGL hardware acceleration, and therefore much better performance on Raspberry Pi computers.”

“KiCad is a free, open source suite of CAD tools for schematic capture and Printed Circuit Board (PCB) design. It allows you to draw your electronic circuits in schematic form, using graphically represented components and wires, and then transfer this data into a PCB editor which is used to place the components and draw the copper tracks and vias that connect them.”

“KiCad is excited to announce that we will have mutiple sponsors for the funding drive matching your donations to the KiCad project. KiCad Services Corporation, Digi-Key, the Raspberry Pi and PCBWay have all agreed to match donations during the campaign. Keep an eye out for each sponsor’s donation match dates on the KiCad website donation page to make your contribution to KiCad go even further.”

Recently we have made a newer version of KiCad available. Typing apt install kicad on an up-to-date Raspberry Pi OS Bullseye image will install it. Changes made in the newer version 6 KiCad codebase have brought improved OpenGL hardware acceleration, and therefore much better performance on Raspberry Pi computers.

One of our engineers, Richard Jones, recently completed a PCB for an internal test platform and designed it entirely using KiCad running on a Raspberry Pi 4. He has found that the new version works well and is very usable.”