The versatile system-on-a-chip Raspberry Pi board seems to have something for everyone: plenty of ports for display, sound, and USB peripherals; a pin header for relaying inputs and outputs from the physical world; and space for a dedicated camera module, which makes it great platform for all sorts of video experiments.

Still, there’s one thing the Raspberry Pi doesn’t come with: a good battery power supply. Powering the board from a wall wart is fine when there’s AC power handy — but a long-lasting and reliable battery source is essential to getting the Pi away from the desk and out in the world, where it belongs. You can buy compact Pi battery packs, like the Smart Power Base (Maker Shed #MKMTS01 at makershed.com), but I decided to build a big one — and in this project I’ll show you how you can too. 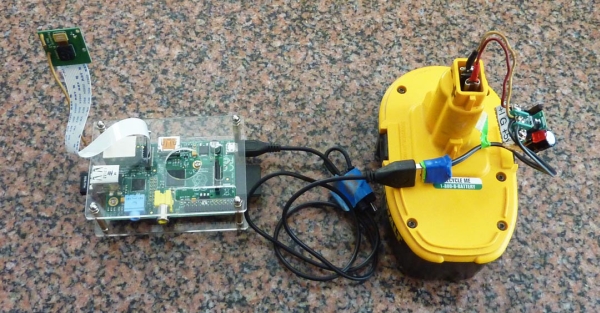 At around $40 the basic Pi board is cheap enough, but accessories (like a case, a camera, and a powered USB hub) can easily double or triple that cost. That’s one reason why I chose to power it from the same rechargeable batteries my heavy-duty cordless drill/driver uses. These 18-volt batteries are about the size of a softball — big enough to supply power for a long run, and tough enough to stand some rugged treatment. And they have another thing going for them: I already own them (along with their charger), and I suspect lots of other folks do too. Since I’m not sending my Pi aloft (yet), weight isn’t an issue. But there’s another challenge.

To use these powerful batteries, you need to bring their 18 volts (or so) down to exactly 5 volts, which the Pi requires. There are several ways to do it, and I tried a few of them. First off, I made a circuit with an a 7805 linear voltage regulator I happened to have in my drawer. This IC is familiar, cheap and simple; it also fails at the task miserably, because it isn’t very efficient at voltage conversion. Mine heated up like a hot plate within minutes, letting off a smell like burning French fries and crashing the Pi (which, fortunately, was not damaged).

I also tried using a car-power charger for an iPod. The gadget I had, which sits in what used to be called a cigarette lighter socket, was rated for up to 24 volts input, and promised to deliver 1,000 milliamps at a 5-volt output: just what the Pi ordered! But alas, it didn’t work: The Pi crashed or lost contact with the server after it had run the camera for just a short time. I suspect that the charger didn’t deliver the power it was rated for, and the Pi, with the camera and the wireless dongle, simply overwhelmed it. It was time to find a better way to get power from my battery — and here’s how I did it. 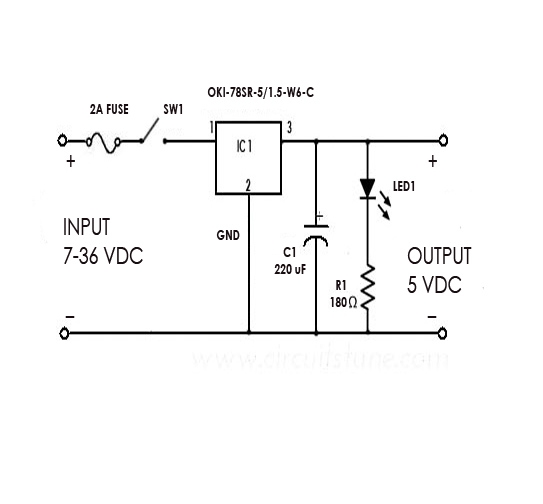 About this project E-paper is a low power, high contrast display technology such as is used in the Kindle ®...