In this Raspberry Pi VPN access point tutorial, we will be exploring how to setup a VPN for use with a WiFi Access point. This tutorial is pretty straight forward and once setup you can leave it alone with only needing do maintenance if something goes wrong. 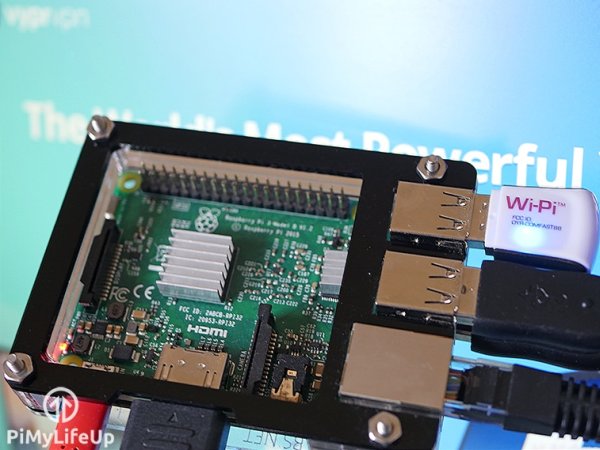 This tutorial provides a quick and easy way of running any device you want through a VPN even if it doesn’t support any VPN software. As all you need to do is connect that device to your Raspberry Pi wireless access point and all its traffic will be automatically routed through a VyprVPN tunnel.

This tutorial builds upon our previous tutorial on a wireless access point but makes one big change, and this is to route all traffic through a VPN. This is essentially a VPN router and incredibly easy to set up, you will need to first run through the first tutorial that I just linked to.

For our tutorial, we will be showing you how to set this up utilizing the VyprVPN service. Whilst testing out various VPN providers for this tutorial we found it to be the most stable, and fastest VPN, all while being cheap (Out of the ones we tried).

If you rather connect to the Raspberry Pi from outside your network and use that as a VPN then I have a pretty easy to follow Raspberry Pi VPN tutorial you should take a look at.

Below are all the bits and pieces that I used for this Raspberry Pi VPN access point server tutorial, there is nothing super special that you will need to be able to complete this.

To set up our VPN Access Point you will first had to of followed our Wireless Access Point tutorial, as this will setup your Raspberry Pi perfectly for this tutorial.

For this tutorial, we will be utilizing the VPN service, VyprVPN. We found this to be the most robust VPN that also provided us with the fastest VPN service out of the several we tried for this tutorial, it is also one of the cheapest around. If you haven’t already then you will need to sign up for VyprVPN.

For the VPN itself we will be utilizing the OpenVPN software, luckily for us VyprVPN offers full support for the OpenVPN protocol and provides us with the .opvn files required to get it up and running.

1. Before we get started with setting up our VPN Access Point, lets first make sure we have the latest packages by running the following two commands.

Exactly 30 years ago a great disaster struck the region of Chernobyl: a nuclear accident occurred that released a large quantity of...