A Raspberry Pi wireless access point is a great way to extend the length of your Wi-Fi coverage, and provide an additional access into your network.

In this tutorial, we will show you how to setup a wireless access point, and how to configure the multiple packages that allow users to connect to your access point as if it was a router itself.

You will need to keep in mind that a Wi-Fi dongle most likely won’t be able to handle as much traffic as a normal router. This means you should avoid allowing too many connections to the device to stop it from becoming too overburdened and slow. 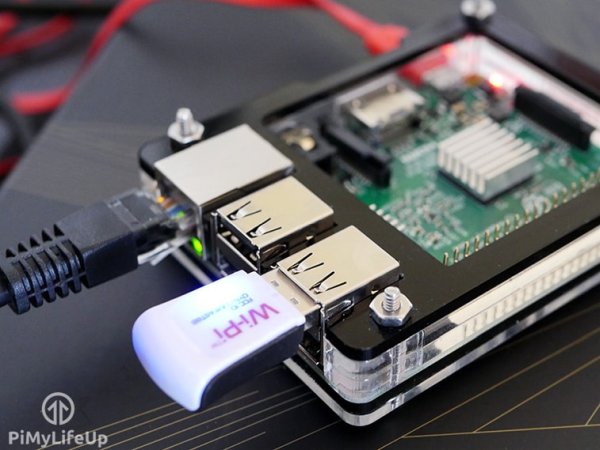 This tutorial can be combined well with our VPN Access Point tutorial, you can find the tutorial on how to set that up located directly after this tutorial. Basically, it will show how to setup a OpenVPN client and redirect all traffic through that client.

Below are all the bits and pieces that I used for this Raspberry Pi Wireless Access Point tutorial, there is nothing super special that you will need to be able to complete this.

As with most tutorials I do, this one just uses a clean version of Raspbian that has been updated to the latest packages.

The other package, dnsmasq acts as both a DHCP and DNS server so that we can assign IP addresses and process DNS requests through our Raspberry Pi itself. As a bonus dnsmasq is very easy to configure while being somewhat lightweight in comparison to isc-dhcp-server and bind9 packages.

Remember for this specific Raspberry Pi tutorial we will need to be utilizing an ethernet network connection and not the Wi-Fi connection.