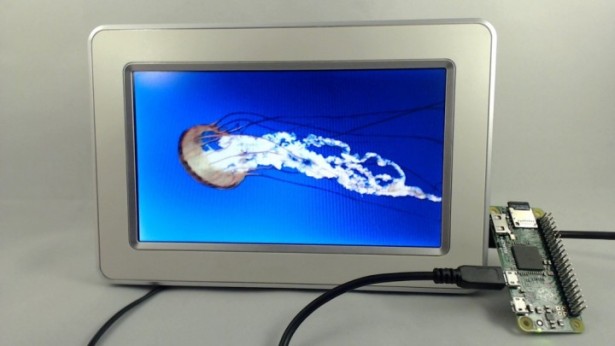 One of the ways you can use your PiZero is to transform it into a USB gadget.

There are the things you can turn the PiZero into:

In addition to the above modules, a few other (less useful) modules are included.

and one of the ones I was mostly curious about was the Mass Storage.

So let’s quickly see how to transform your PiZero into a USB storage.

Andrew and Adafruit worked on this together over Christmas but have  eventually taken two different approaches.

I have followed Andrew Mulholland’s github guidelines with some slight changes.

Get yourself a Rasbian Jessie full edition and resize the root partition via either the GUI or raspi-config.

Note the kernel version and the various details of Jessie with

And after this is done reboot  (sudo reboot)

As you login you might want to run the two initial commands to see the differences.

Next we need to change the config.txt by appending the dwc2 USB driver at the end of it

and enable the general module

Configuration wise this is it! You should reboot now.

depending on what you choose to do on the next command you will be either creating a floppy, a HDD or a CD-Rom. I went for the HDD 100MB in size.

To start the Pi automatically as USB storage I ended up adding sudo modprobe g_mass_storage file=/piusb.bin stall=0 to /etc/rc.local

At this point my PiZero was ready to be plugged in my Digital Frame, boot up and serve some beautiful pictures. A bit useless if you ask me but fun!

I had purchased two or three Digital Frames at my local charity shop for £3 each and have been looking at them sitting quietly in a corner for a while wondering what could I do with those screens. My first thoughts were about turning the screens into a monitor for the Pi. There are quite a few hardware drivers you can buy that promise to do just that. They are £20-30 and many screens aren’t supported. For as much as this seemed a good idea it was not to be.

Then I turned my attention to the USB port that these frames have thinking that if I was to be able to emulate a USB stick from a microcontroller of  some type I should be able to change the pictures of the digital frame as it displayed it. Although the minimum cycle for the digital frame is every 5 seconds it might have still been enough to e.g. periodically

You get the drift. All of course at the fantastic speed of  0.2 frames/s

You can try to mount piusb.bin by looking at its geometry with

It mounts as it should and you can see all there is in piusb.bin shame that nothing I would do had any effects on what was being seen on the USB storage device and in fact was corrupting the filesystem.

It sort of worked only when the digital frame would stop the slideshow as it would unmount the USB key and read it again when the slideshow would be restarted. So with imagemagick I could produce pictures out of some text like this

or the one below, in hope to get at least a rather complicated clock

but also this method would pretty much corrupt the filesystem.

It turns out that, as often happens, I get into trying things before giving a good read at the documentation and I fall short of my own predicament about RTFM. Had I read it I would have found: