The modular 3D printer line, available in 3 models, is now available for pre-order from Snapmaker.com after becoming the most-funded technology project on Kickstarter 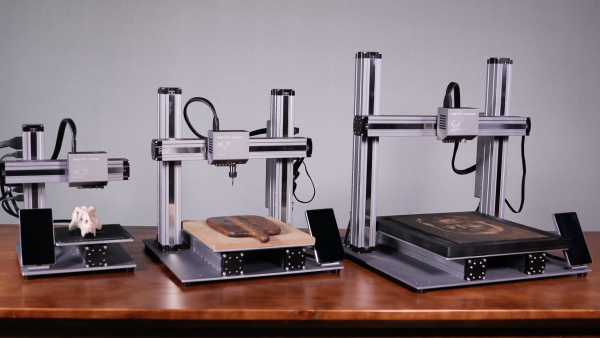 Snapmaker first launched the Snapmaker Original 3-in-1 3D printer on Kickstarter in 2017, ending the campaign with over $2 million in pledges and fulfilling all orders. With feedback from the community, the Snapmaker team began to work on even more innovative improvements for the Snapmaker 2.0, pushing modularity to the next level and giving creators even more flexibility. To achieve this goal, Snapmaker adopted CAN (Controlled Area Network) bus expansion, a technology that allows microcontrollers to ping information without the need for a wired connection. This enables Snapmaker to add new features to the Snapmaker 2.0 with just software – no hardware upgrades necessary. Snapmaker 2.0 is the first 3D printer using the CAN bus protocol.

The Snapmaker 2.0 garnered the attention of thousands of backers on Kickstarter by combining a 3-in-1 functionality, top-notch manufacturing, and an affordable price point. Key features include:

Build your own security system, using the Wia Python SDK, a Motion sensor module, a camera module, and a Raspberry...