The Raspberry Pi is often hailed for its incredibly cheap price. Other low-cost development and educational boards are available (e.g., the Beaglebone), but for some of these systems, the additional peripherals that are required can quickly amplify the cost. The Raspberry Pi, however, is designed from the ground up to use accessories that are already freely available in most households. For example, the choice of either HDMI or RCA video connectors allows you to use almost any TV made in the past 20 years as a display. The Pi is also (for the most part) plug-and-play compatible with your existing computer hardware – mice, keyboards, wireless dongles – and it uses a 5-volt micro-USB power supply, which is the standard for most phones and tablets (apart from those made by Apple). So, many people will already have a surplus of these accessories available in their household. 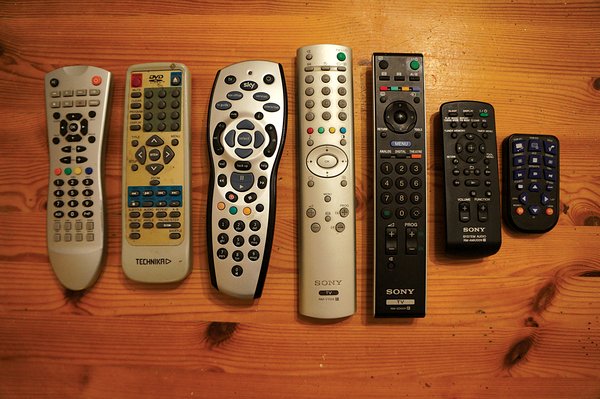 This article will allow you to unleash the power of yet another readily available household device – the infrared (IR) remote control. If you are anything like me, you have several of these in your home (Figure 1)! If you are not like me, then I have also covered using an IR receiver with a cheap, small, off-the-shelf IR remote.

The earliest example of a remote control using radio waves is described in the 1898 US Patent US613809 by the brilliant Serbian-American engineer Nikola Tesla. The first commercial remote intended to control a television or consumer device was the “Lazy Bones” remote, developed in 1950 by the Zenith Radio Corporation. It was a very different beast from the intricate designs found today – it only allowed you to turn the television on and off and to change channels and was actually directly connected to the television using a wire – a serious trip hazard! 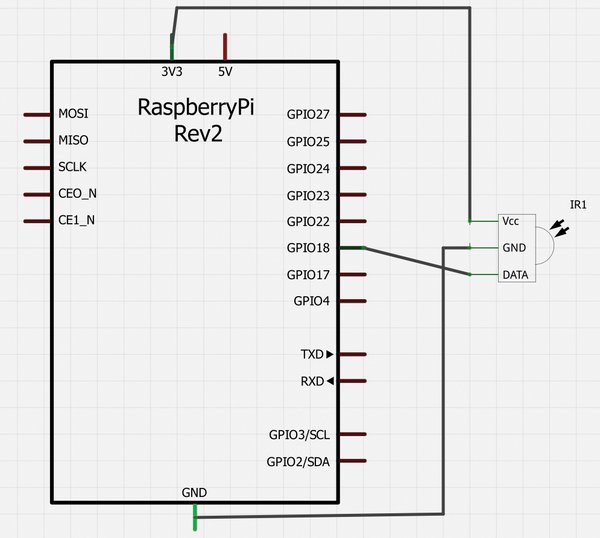 Despite this hazard, the Lazy Bones proved to be a very popular device, and 5 years later, another engineer at Zenith (Eugene Polley) came up with the “Flashmatic,” which was the first wireless TV remote. This control used directional visible light to turn the TV on and off and turn the channel dial clockwise or counter-clockwise. It had a few unfortunate disadvantages, though – you had to point the remote very precisely at the receiver, and on very sunny days you could be subject to random channel changes. Robert Adler, another Zenith Engineer, then created a remote control that communicated by means of ultrasonic sound – not audible by humans, but you risked annoying your dogs because it was audible by a lot of animals with good hearing. This was called the “Space Commander,” and more than 9 million of these ultrasonic remotes sold in various iterations. Around the 1980s, companies such as BBC, ITT, and Viewstar Inc. started manufacturing remote controls using infrared light technology, which has continued to be the most common remote control technology for consumer devices in use today.

ntroduction I have been using microcontrollers for a long time now.  I started in college as part of the program...