Tourism is a booming industry which contributes to the economic progress of towns and villages, and promotes the heritage and the history of communities. Tourism has taken on different forms over the centuries and in recent decades, the need to explore remote areas have led to the adoption of several forms of remote heritage exploration, usually through the use of multimedia such as audio video and images exploration. 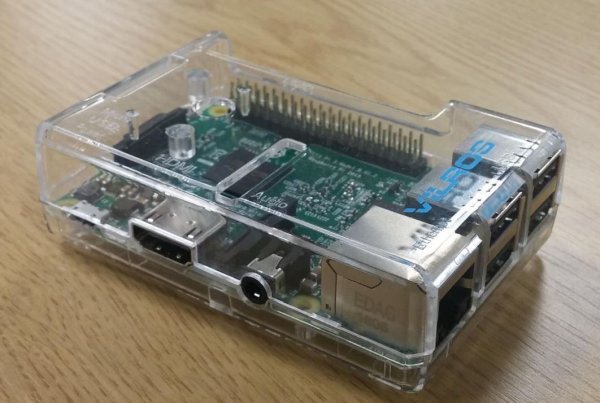 Most forms of remote video tourism are either provided pre-recorded (i.e. where the video is captured offline, stored and then made available on a platform usually through social media) or live
(where the video is delivered to users in real-time as events unfold).

The emergence of digital technologies, multimedia and social media platforms have given this mode of exploration new light, as users can now immerse themselves in far-away lands through the use of virtual reality and 360 degree media. Facebook and YouTube platforms now support streaming live 360 degree images and videos – also known as photospheres and videospheres respectively – which place the user at the centre of the action.

“Aerial Virtual Reality: Remote Tourism with Drones“, a submitted manuscript published on IED by researchers from University of St Andrews, UK, proposes a portable system for group-based exploration of remote landscapes in real-time with the use of a drone, a Raspberry Pi controller and an android server.

The primary purpose of this portable system is to allow tourists or users to experience landscapes, buildings and different views from different angles and different lines of sight without having to go through the strenuous task of professionally recording and studying what they wanted to see. The better view of different sites offered to a group of tourists was supposed to sound as organic or natural and possible so as to heighten the experience of the tourists.

DJI Phantom 3 Advanced flown over the Strath of Kildonan 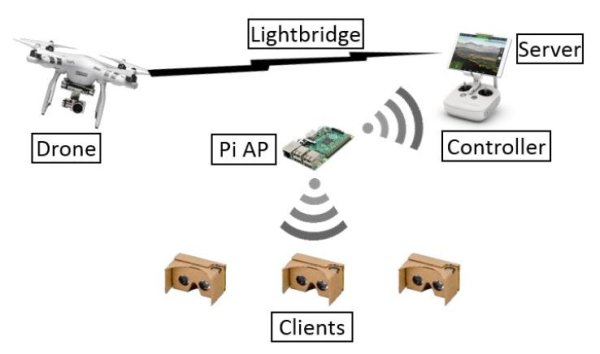 The researchers observed the public response to this technology by testing their designed system with volunteers at a local park. The drone was flown over the local landscape in a slow, circular motion so as to observe the iconic parts of the community. While the drone was being flown, pairs of participants used the virtual reality headsets to receive the drone footage, where one person actively controlled the gimbal while the other passively received the drone footage. The control switched between the pair every minute, so that the active client became passive and the passive client became active. Each pair had 5 to 10 minutes to see the landscape using the headsets, after which they passed on the headsets to the next pair.

The participants, for the most part, showed a positive response to the setup they used.

“it was awesome because you get to see the town from different heights, angles and sides”

“it lets you see the world from a different perspective”

The users primarily confirmed the success of the objective of the developed product – a heightened experience and a much better view of a landscape or a building.

Instructables member BenM19 has this week published details of an awesome Raspberry Pi Retropie portable tactical games console he has created using a...