A team of researchers from Germany and Argentina have devised an ultra-thin planar Hall effect (PHE) sensor capable of detecting very faint magnetic fields even when flexed or wrapped around a wire. by Julien Happich @ www.eenewsembedded.com 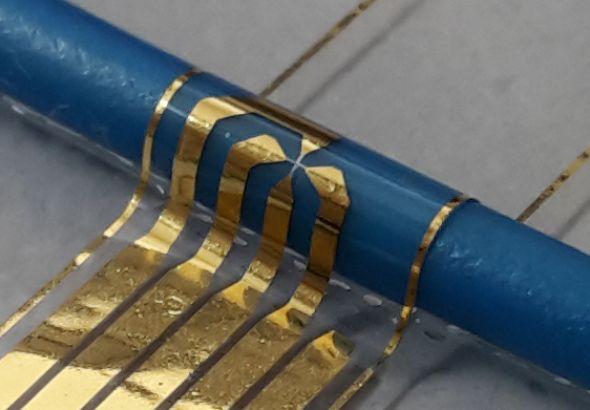 We demonstrate the application potential of these devices as a direction (angle) as well as proximity (distance) sensors of tiny magnetic fields emanating from magnetically functionalized objects. With their intrinsic linearity and simplicity of fabrication, these compliant planar Hall effect sensors have the potential to become a standard solution for low field applications of shapeable magnetoelectronics in point of care applications and on-skin interactive electronics.

Jay at Back7 has published documentation on building an “Off-Grid Cyberdeck” offering a rugged Raspberry Pi laptop and “recovery kit”...