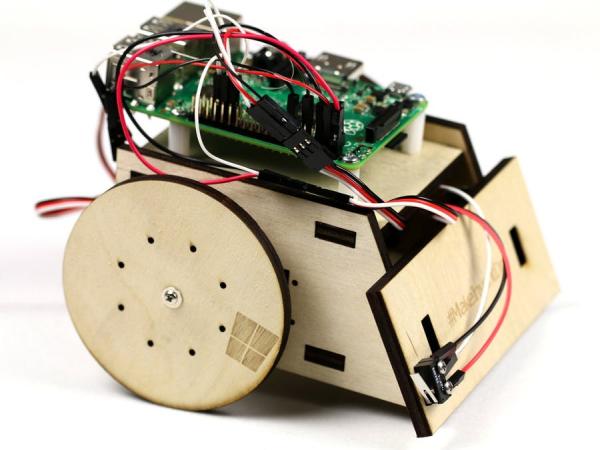 You are about to embark on a journey, and we are excited to be part of it! Get ready to make and program your robot using Windows 10 IoT Core!

By the time you are done with this project you will gain the following experience:

We are excited to embark on this journey with you – Thank you from the Microsoft IoT Team!

The application can be run in 2 ways:

The robot can move in 8 directions:

The robot can be controlled via the left analog stick or digital direction pad. They joystick can be plugged into the robot directly via the USB port on the Raspberry Pi 2 or the Windows 10 Desktop PC via USB.

From the Windows 10 Desktop PC  UWA app, the keyboard controls are:

When run on the Windows 10 Desktop PC, there is an input screen with the 8 directional movements of the robot. Click or touch any of these to move the robot.

To build the robot, you will need the following:

The robot kit software is a UWA project with 6 major files:

An isolated analog input for Arduino

This blog is dedicated to electronic projects and software due to the author’s enthusiasm for these activities. The main aim...