How to Route Differential Pairs in Autodesk EAGLE

If you’re designing a high speed PCB, then chances are you’re working with the latest and most powerful technologies, like HDMI, USB3.0, Ethernet, or DDR. But with great power comes great responsibility! As a result, you’ll likely be dealing with issues like electromagnetic interference (EMI) and noise. 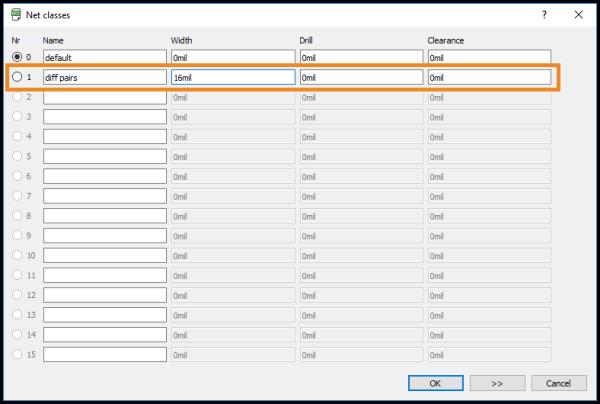 So what do you do about these problems? When you’ve got a bunch of noisy signals on your board and you need a way to protect the transmission of your data then you need to be using differential pairs. In this blog we’ll be looking at all of the great benefits for using differential pairs in your high speed design project, and how to route them in Autodesk EAGLE.

Differential pairs are the physical manifestation of putting differential signaling into action on your high speed PCB layout. Put simply, this is the process of using not just one, but two traces to transmit a signal on your board. These two traces both carry the same signal. The first trace, considered positive, carries your original signal. And the second trace, considered negative, carries the inverse of the original signal.

Here’s differential signaling (bottom) and single-end signaling (top) side by side. (Image source)

Why would you ever want to carry the same signal along two traces? There are a ton of reasons, such as:

Story This is my 3rd tutorial with a focus on Scratch and Physical Computing. Regarding this topic, I have already...