HummingBoard is a board made by SolidRun that’s mechanically compatible with the Raspberry Pi, and offering the same expansions connectors, and a few extras. The board is comprised of a baseboard and a microSoM powered by Freescale i.MX6 Solo, Dual Lite or Dual. At first it looked like an internal project,  but the board went viral together with the Banana Pi, and the company has now announced availability for the HummingBoard with pricing starting at $45 for the single core version up to $100 for the dual core version with extra options. 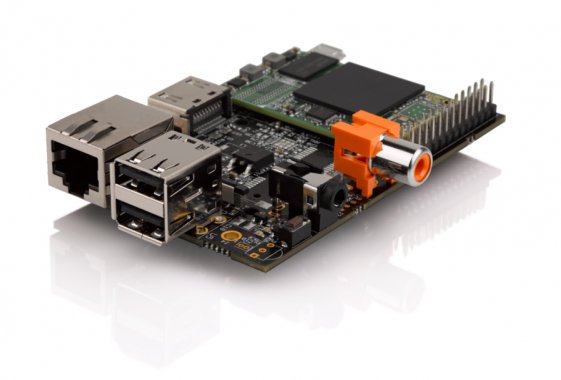 There  are currently three models:

All three boards also come with an HDMI video output, two powered USB ports, a 2-Lane CSI-2 camera interface, a microSD interface, a coaxial S/PDIF output, and the same GPIO header as the Raspberry Pi. They sell with options such as 110V or 220V power adapters, or a micro SD card.Just like the Raspberry Pi, there’s no internal storage (NAND or eMMC), and instead the board boots from a micro SD card with operating systems such as Android, Ubuntu, and Debian, and it’s also likely there will be an XBMC port. The company also has Micro-SOM i4Pro with Freescale i.MX6 Quad but for some reasons (thermal dissipation?) it is not included in a HummingBoard-i4, but it can be found in Cubox-i4Pro. 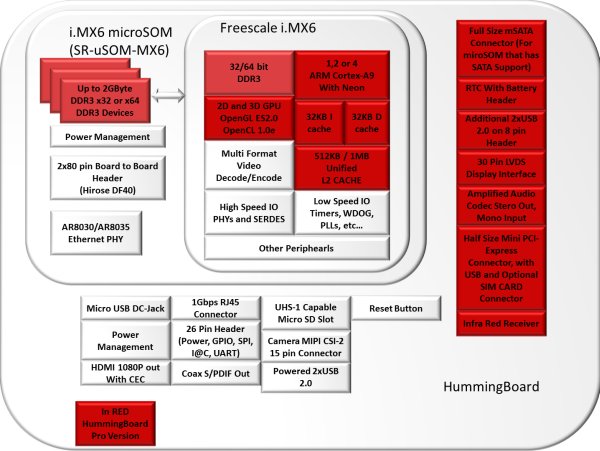 It offers a more powerful hardware with faster processing power and better peripherals, more operating systems choices including Ubuntu and Android which are not available for the Raspberry Pi, but you can’t expect the same level of software support and community as the original Raspberry Pi, and although some Raspberry Pi accessories (enclosures and expansion board) will work on the HummingBoard, you can’t expect them to all work at least without some serious software work.

You can find more information and/or purchase a board on SolidRun’s HummingBoard product page.

For more detail: Run HummingBoard Raspberry Pi-Like Board is Now Available for $45 and Up

Raspberry pi roboat is an internet controlled water robot using an RC boat as it chassis. This will be use...