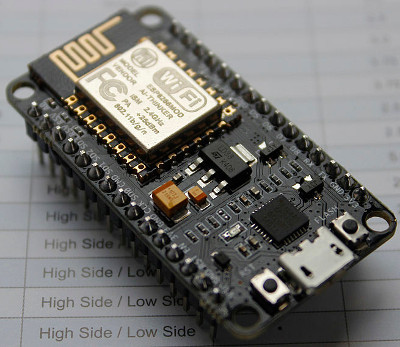 Over the last year I have standardised on the ESP8266 for all my small IoT projects. Its low price, ease of use (now that the Arduino IDE is available), tiny size and built in Wi-Fi makes it a compelling option.

Using Wi-Fi is a convenient way to link your newly created IoT device into your existing IT infrastructure – including cloud services – but it also has a drawback. Wi-Fi’s demand for power usually makes battery operation impractical for any real deployment. I have been able to get around this issue for most of my projects (e.g. the train and the smart shelf described on this blog) because they are for demonstration purposes only, requiring the battery to last no longer than a few hours.

Nevertheless, it is possible to put the ESP8266 into deep sleep and wake up periodically to check and activate Wi-Fi only when required. This would suit a scenario in which an IoT sensor sends relatively infrequent one way traffic (i.e. where real time control of the device is not needed).  I wrote about the ESP8266 deep sleep option more than a year ago, but have not explored it any more until recently, when exactly such a project arose.

The other thing that I have done over the last year is to standardise on using the NodeMCU (hardware, not the LUA software). Especially when rolling out multiple small projects, it is immensely convenient to be able to plug a device into a USB port and just program it (automatically without having to wire up serial pins and then get the correct pins tied high / low for flashing / running). With no need to worry about providing 3.3V power, adding capacitors to prevent the ESP8266 power spikes from causing instability, or adding a resistor + cap for a power-on reset. No need to scale down the ADC input to 1V or to add my own test led… and all of this in a breadboard friendly package.

Also, just to be clear for those who may wish to follow along, I always use the “second generation” NodeMCU known as v2. The different versions are described here and I agree with that poster – i.e. don’t buy the v3 variant because its larger size means that it leaves no free breadboard holes on either side.

Unfortunately, with all this added convenience comes the drawback of added power consumption, which continues even when the ESP8266 is in deep sleep.

I measured 18mA to the NodeMCU board while the ESP8266 was in deep sleep mode – orders of magnitude more power hungry than I was looking for.

So for my project (which I will write up for my next blog post) I sought to retain the convenience of using the NodeMCU, but to address its power consumption shortcomings to allow battery operation.

Read further to hear what I did.

The two immediate suspects are the power regulator, and the UART, as discussed in the forum here.

The first step is to target the power regulator. The AMS1117 LDO draws a quiescent current of “typically” 5mA. To prevent this, it may be sufficient to lift just pin 1. However, I chose to remove the whole chip to free up space for later.

You won’t need the LDO if you supply your own power directly to the 3.3V pin of the NodeMCU. I often use a single cell Li-Ion battery via a 1N4001 dropper diode. Note that from now on you will need to supply this power, even if a USB cable is connected for programming / monitoring.

Place a small amount of flux and solder on the pins, starting with the big tag, and it should lift easily.

For More Details: Running NodeMCU on a battery

How to make a Raspberry Pi Web Server

With immense variety of web servers in the market, choosing the right one for the right reason is very difficult....