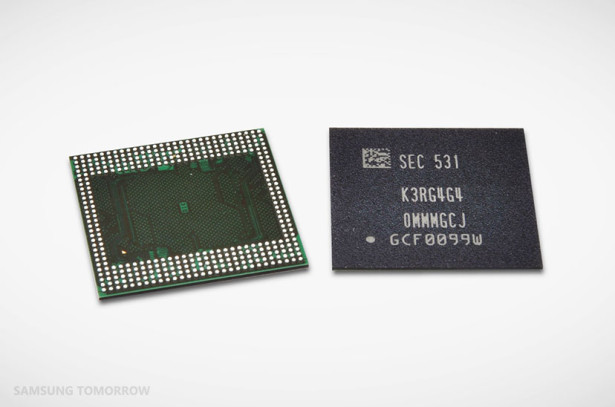 The newest LPDDR4 is expected to significantly accelerate the adoption of high capacity mobile DRAM worldwide. The 12Gb LPDDR4 brings the largest capacity and highest speed available for a DRAM chip, while offering excellent energy efficiency, reliability and ease of design – all essential to developing next-generation mobile devices.

“By initiating mass production of 12Gb LPDDR4 mobile DRAM in an extremely timely manner, we now are not only helping OEMs to accelerate their moves to the next generation of mobile devices, but also providing functionality that will give mobile consumers greatly enhanced user experiences,” said Joo Sun Choi, executive vice president of Memory Sales and Marketing at Samsung Electronics. “Furthermore, we intend to closely collaborate with our global customers to move beyond premium smartphones and tablets in creating new digital markets that embrace the full potential of cutting-edge technologies like next-generation mobile DRAM.”

Compared to the preceding 20nm-based 8Gb LPDDR4, the 12Gb version is more than 30 percent faster at 4,266 megabits per second (Mbps), and is twice as fast as DDR4 DRAM for PCs, while consuming 20 percent less energy. In addition, manufacturing productivity of the 12Gb LPDDR4 has been raised more than 50 percent over that of 20nm-class 8Gb LPDDR4, which will further fuel demand for higher memory capacity in flagship mobile devices.

Lasers have been one of the essential technologies used in industries. It is realized that light outperforms radio in...