Note: This tutorial was based on instructions found on this blog.

The Raspberry Pi 3 comes with a built-in wireless adapter, which makes it easy to configure it as a WiFi hotspot to share Internet or host your own internal web site. The first part of this guide will show you how to set up the Pi to broadcast its SSID, accept WiFi connections, and hand out IP addresses (using DHCP). The next section shows you how to enable a pass-through Ethernet connection should you want to share your Internet connection. 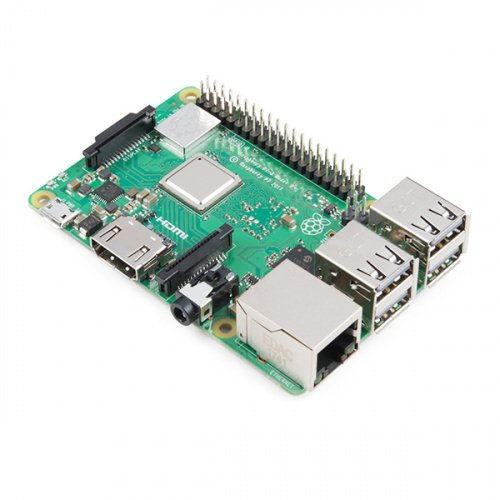 Before You Get Started!

You will want a Raspberry PI 3 or Raspberry Pi Zero W along with any hookup accessories you might need (for example, a power adapter and micro SD card).

You will want to load an operating system (OS) onto the SD card and be able to log into the Pi and open a terminal.

Note: This tutorial was created with Raspbian Stretch (version: March 2018). Using a different version may require performing different steps than what’s shown in this tutorial. If you would like to download the March 2018 version of Raspbian, it can be found below.

If you need help installing an OS onto the Raspberry Pi, these tutorials can be helpful:

Make sure your Raspberry Pi is connected to the Internet. Open a terminal window (either in a console window or over a serial/SSH connection).

To install the required packages, enter the following into the console:

Hostapd is a program that allows you to use the WiFi radio as an access point, and Dnsmasq is a lightweight combination of DHCP and DNS services (handing out IP addresses and translating domain names into IP addresses).

In recent versions of Raspbian, network configuration is managed by the dhcpcd program. As a result, we’ll need to tell it to ignore the wireless interface, wlan0, and set a static IP address elsewhere.

Note: If you are connected to your Raspberry Pi using SSH over wireless, you will want to connect with a keyboard/mouse/monitor, Ethernet, or serial instead until we get the access point configured.

Scroll down, and at the bottom of the file, add: 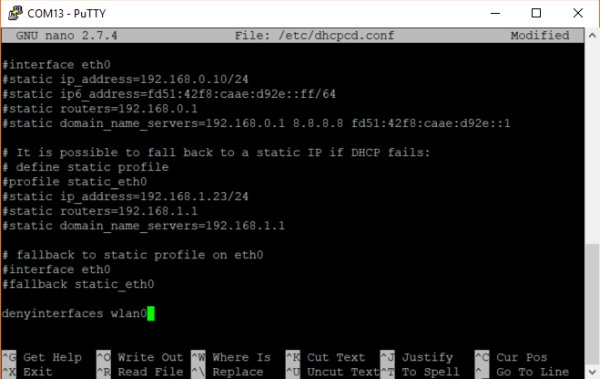 Next, we need to tell the Raspberry Pi to set a static IP address for the WiFi interface. Open the interfaces file with the following command:

At the bottom of that file, add the following: 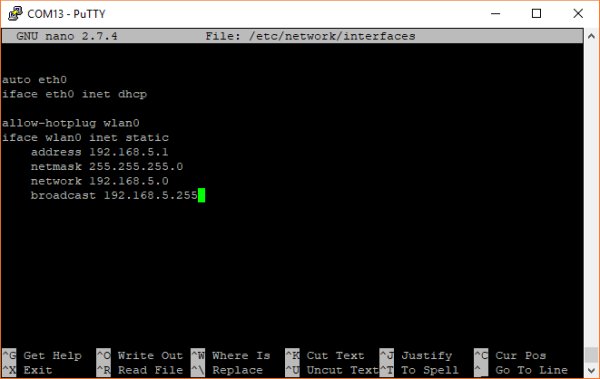 We need to set up hostapd to tell it to broadcast a particular SSID and allow WiFi connections on a certain channel. Edit the hostapd.conf file (this will create a new file, as one likely does not exist yet) with this command:

Enter the following into that file. Feel fee to change the ssid (WiFi network name) and the wpa_passphrase (password to join the network) to whatever you’d like. You can also change the channel to something in the 1-11 range (if channel 6 is too crowded in your area). 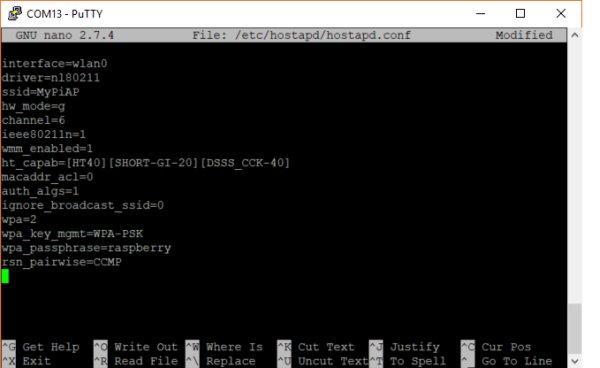 Unfortunately, hostapd does not know where to find this configuration file, so we need to provide its location to the hostapd startup script. Open /etc/default/hostapd:

Find the line #DAEMON_CONF=”” and replace it with: 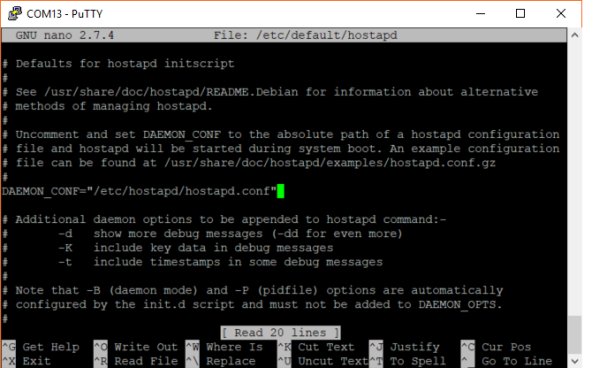 Dnsmasq will help us automatically assign IP addresses as new devices connect to our network as well as work as a translation between network names and IP addresses. The .conf file that comes with Dnsmasq has a lot of good information in it, so it might be worthwhile to save it (as a backup) rather than delete it. After saving it, open a new one for editing: 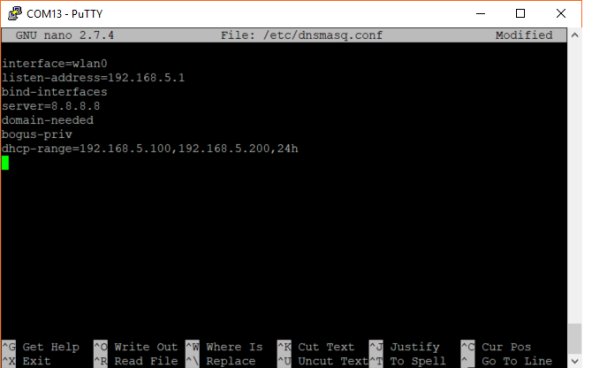 After your Pi restarts (no need to log in), you should see MyPiAP appear as a potential wireless network from your computer. 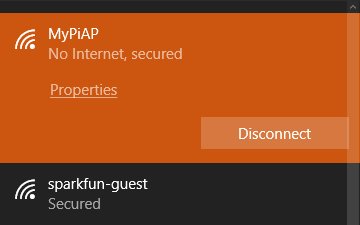 Connect to it (the network password is raspberry, unless you changed it in the hostapd.conf file). Open a terminal on your computer and enter the command ipconfig (Windows) or ifconfig (Mac, Linux). You should see that you have been assigned an IP address in the 192.168.5.100 – 192.168.5.200 range.

Setting up a Raspberry Pi 3 as an Access Point