This Is Your Pi on Wind

Got a special project for your Raspberry Pi that requires it to operate off the electrical grid? If solar power doesn’t provide enough juice, add some wind to the mix with an inexpensive wind turbine.

Project Curacao is a sensor-filled project designed to hang on a radio tower on the island nation of Curacao. Curacao is a desert island 12 degrees north of the equator in the Caribbean, with a harsh environment that includes a strong tropical sun, salt spray from the ocean, and unremitting heat. 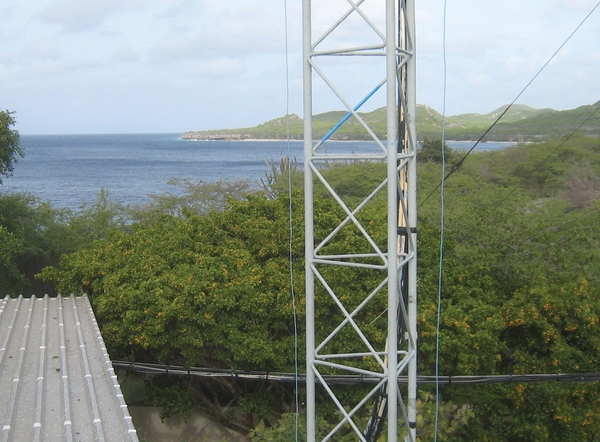 Curacao is a beautiful place, but it poses a real challenge for anyone who wants to install a Raspberry-Pi-based environmental monitoring system.

Project Curacao (Figure 1) is designed to monitor the local environment unattended for six months. The system will operate on solar power cells or wind power and will communicate with the designer via an iPad app called RasPiConnect (Figure 2). Most of the electronics fit inside the box shown in Figures 3 and 4.

Remote operators will monitor the power usage, solar cell degradation, and battery charging/discharging performance. The system will reboot itself via a watchdog timer and will reboot when power becomes available in cases where it shut down because of low power or unfavorable conditions.

The biggest challenge when designing a system that will operate continuously from a remote location is how to provide power. This articles describes the methodology that was used to design the power system for Project Curacao. Of course, your own remote Pi project will have other goals and demands, but you can adapt these techniques as necessary to explore your own power needs when you are operating your Pi off the grid.

I initially designed the system to operate on solar power only. Then, someone pointed out that a wind of about 15mph is almost always blowing in the same direction, especially on the coast. My power calculations showed that, with solar power alone, the system could operate only about 15 hours per day.

Thus, with the solar-only design, the Arduino-based battery watchdog system shuts down the system for the night, only waking up at midnight for an hour to catch the night time environment. I thought wind power might improve the chances for continuous operation. 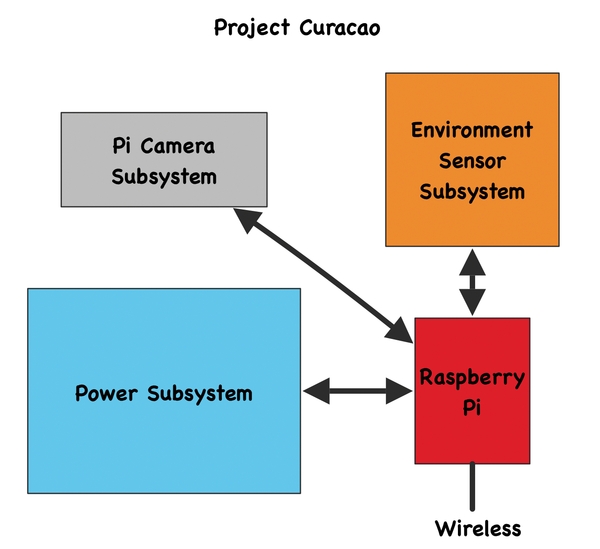 The first challenge was to design the device for solar power alone. The project required the Raspberry Pi to run all day and for at least three hours before sunrise and three hours after sunset. The goals and budget influenced the hardware choices.

For this project, I could assume:

For more detail: Sizing a wind turbine to power your Raspberry Pi