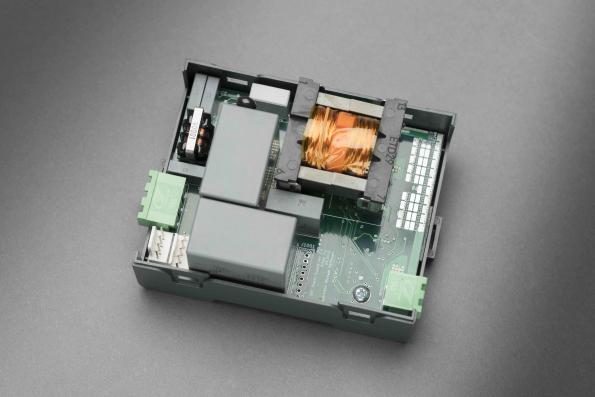 Switching power units are used for the power supply of many electrical devices, e.g. computers, LED lights or laser welding equipment. They convert alternating current from the mains into the direct current required by the device. A frequent cause of failure of technical devices is the failure of the integrated power supply units. These thus limit the service live of the devices or require more frequent service intervals.

The electrolytic capacitors used in the power unit are particularly susceptible to faults. They buffer electrical energy and smooth voltage fluctuations over a mains period. Electrolytic capacitors offer a high energy density and are mostly regulated analogously. Film capacitors, on the other hand, would be much more durable. However, due to their lower energy density, these require ten times the installation space for the same capacity.

Scientists at the Light Technology Institute (LTI) at KIT have developed a new modulation process for the digital and highly dynamic control of power supply units that enables the use of film capacitors with only little increased installation space. For the first time, the method allows the output current to be controlled taking into account the DC link voltage and output voltage, whereby frequency and duty factor are possible control variables. The inclusion of these variables makes the control more robust, safer and faster. Input and output voltages are also considered, which improves control inaccuracies.

For a while now, Edge computing on the Raspberry PI has experienced a bit of ups and downs, especially with the trend...